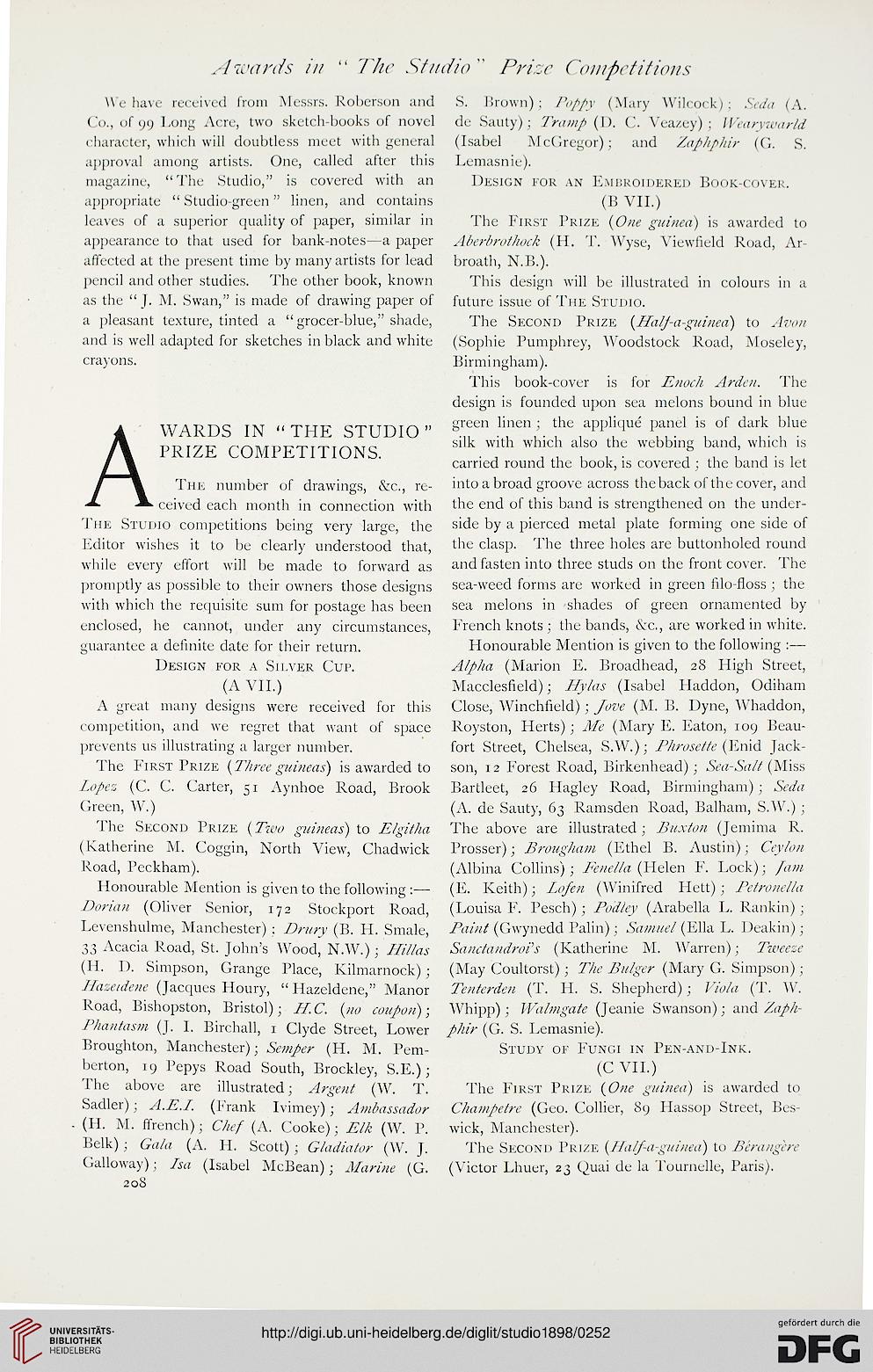 Information about OCR text
Awards in " The Studio' Prize Competitions

We have received from Messrs. Roberson and
Co., of Long Acre, two sketch-books of novel
character, which will doubtless meet with general
approval among artists. One, called after this
magazine, "The Studio," is covered with an
appropriate "Studio-green" linen, and contains
leaves of a superior quality of paper, similar in
appearance to that used for bank-notes—a paper
affected at the present time by many artists for lead
pencil and other studies. The other book, known
as the "J. M. Swan," is made of drawing paper of
a pleasant texture, tinted a " grocer-blue," shade,
and is well adapted for sketches in black and white
crayons.

WARDS IN "THE STUDIO"
PRIZE COMPETITIONS.

The number of drawings, &c, re-
ceived each month in connection with

The Studio competitions being very large, the
Editor wishes it to be clearly understood that,
while every effort will be made to forward as
promptly as possible to their owners those designs
with which the requisite sum for postage has been
enclosed, he cannot, under any circumstances,
guarantee a definite date for their return.

A great many designs were received for this
competition, and we regret that want of space
prevents us illustrating a larger number.

Design for an Embroidered Book-cover.

This design will be illustrated in colours in a
future issue of The Studio.

This book-cover is for Enoch Arden. The
design is founded upon sea melons bound in blue
green linen ; the applique panel is of dark blue
silk with which also the webbing band, which is
carried round the book, is covered ; the band is let
into a broad groove across the back of the cover, and
the end of this band is strengthened on the under-
side by a pierced metal plate forming one side of
the clasp. The three holes are buttonholed round
and fasten into three studs on the front cover. The
sea-weed forms are worked in green filo-floss ; the
sea melons in shades of green ornamented by
Trench knots ; the bands, &c, are worked in white.