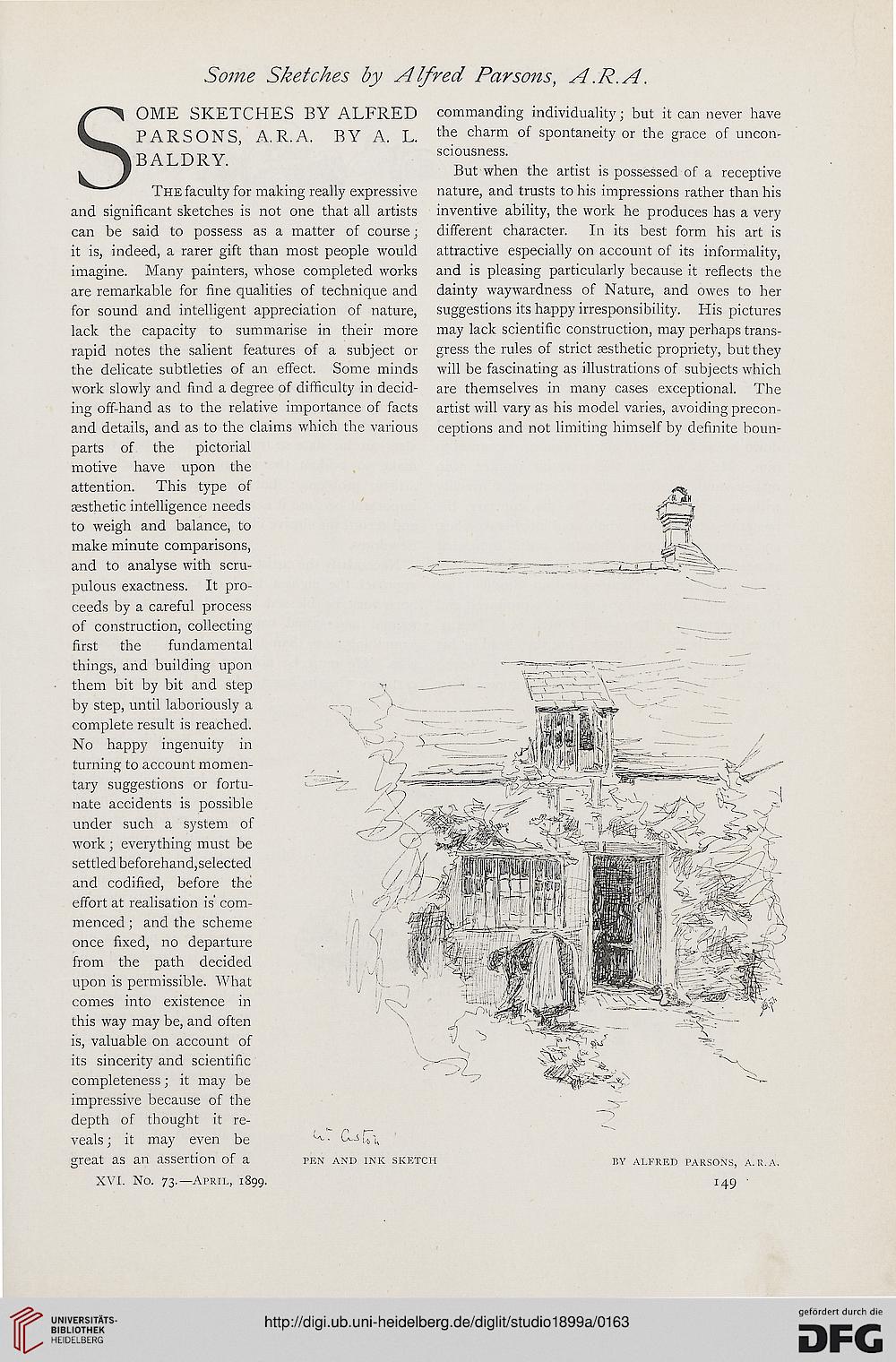 SOME SKETCHES BY ALFRED commanding individuality; but it can never have
PARSONS ARA BY A L tne cnarm of spontaneity or the grace of uncon-
BALDRY. ' sciousness. _

But when the artist is possessed of a receptive
The faculty for making really expressive nature, and trusts to his impressions rather than his
and significant sketches is not one that all artists inventive ability, the work he produces has a very
can be said to possess as a matter of course; different character. In its best form his art is
it is, indeed, a rarer gift than most people would attractive especially on account of its informality,
imagine. Many painters, whose completed works and is pleasing particularly because it reflects the
are remarkable for fine qualities of technique and dainty waywardness of Nature, and owes to her
for sound and intelligent appreciation of nature, suggestions its happy irresponsibility. His pictures
lack the capacity to summarise in their more may lack scientific construction, may perhaps trans-
rapid notes the salient features of a subject or gress the rules of strict aesthetic propriety, but they
the delicate subtleties of an effect. Some minds will be fascinating as illustrations of subjects which
work slowly and find a degree of difficulty in decid- are themselves in many cases exceptional. The
ing off-hand as to the relative importance of facts artist will vary as his model varies, avoiding precon-
and details, and as to the claims which the various ceptions and not limiting himself by definite boun-
parts of the pictorial
motive have upon the
attention. This type of
aesthetic intelligence needs
to weigh and balance, to
make minute comparisons,

and to analyse with sera- ^^^—^^^f^tz^.
pulous exactness. It pro-
ceeds by a careful process
of construction, collecting
first the fundamental

impressive because of the -5--

depth of thought it re-

great as an assertion of a ten and ink sketch by Alfred parsons, a. r.a.