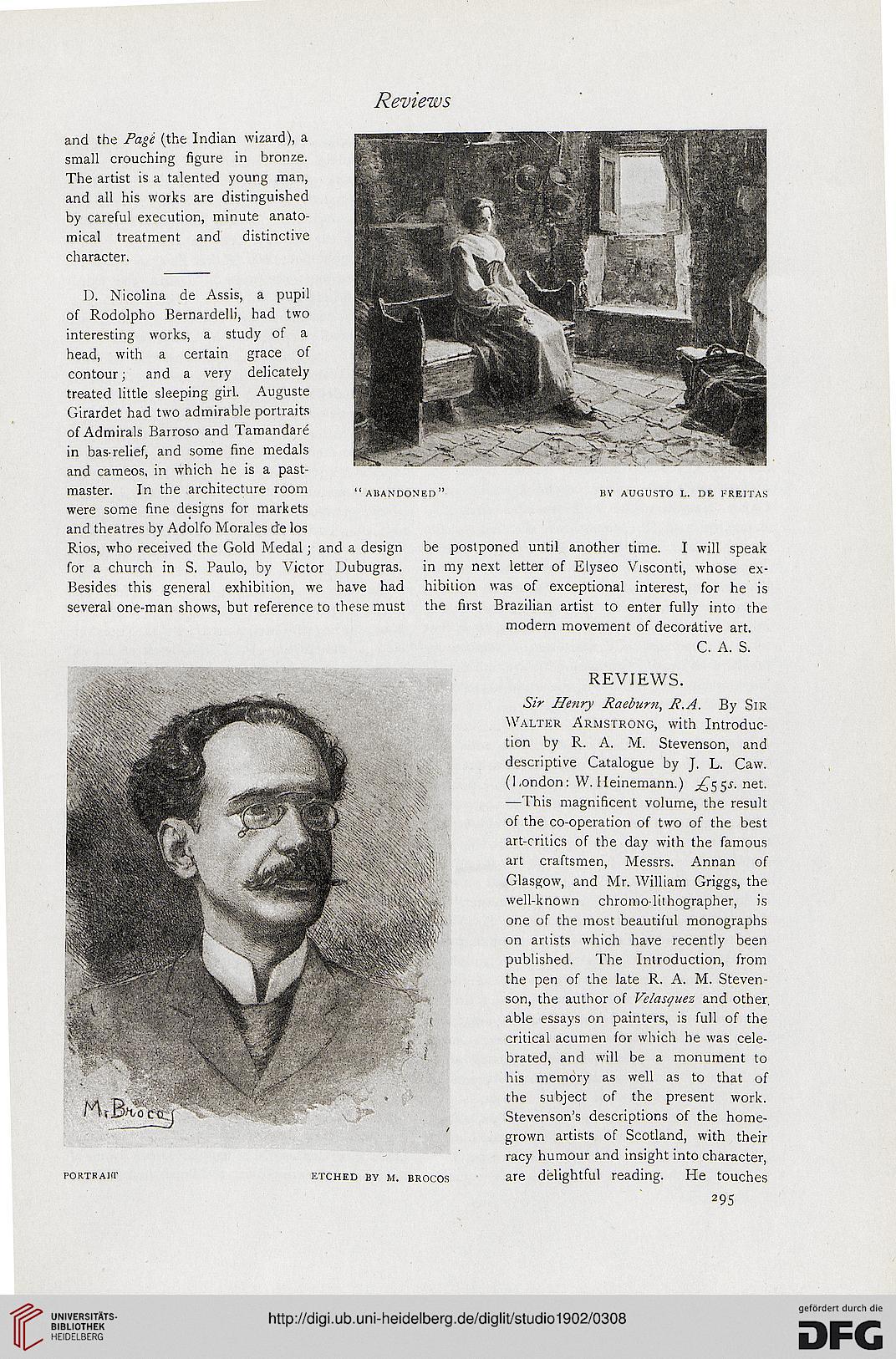 and the Page (the Indian wizard), a
small crouching figure in bronze.
The artist is a talented young man,
and all his works are distinguished

1). Nicolina de Assis, a pupil
of Rodolpho Bernardelli, had two
interesting works, a study of a
head, with a certain grace of
contour; and a very delicately
treated little sleeping girl. Auguste
Girardet had two admirable portraits
of Admirals Barroso and Tamandare
in bas-relief, and some fine medals
and cameos, in which he is a past-
master. In the architecture room "abandoned" by augusto l. de freitas
were some fine designs for markets
and theatres by Adolfo Morales de los

Rios, who received the Gold Medal; and a design be postponed until another time. I will speak
for a church in S. Paulo, by Victor Dubugras. in my next letter of Elyseo Visconti, whose ex-
Besides this general exhibition, we have had hibition was of exceptional interest, for he is
several one-man shows, but reference to these must the first Brazilian artist to enter fully into the

of the co-operation of two of the best
art-critics of the day with the famous
art craftsmen, Messrs. Annan of
. * Glasgow, and Mr. William Griggs, the

well-known chromo-lithographer, is
. one of the most beautiful monographs

Xh||!^" on artists which have recently been

SjskV'', published. The Introduction, from

the pen of the late R. A. M. Steven-
son, the author of Velasquez and other,
able essays on painters, is full of the
critical acumen for which he was cele-
1 brated, and will be a monument to

grown artists of Scotland, with their
racy humour and insight into character,
ktched by m. brocos are delightful reading. He touches