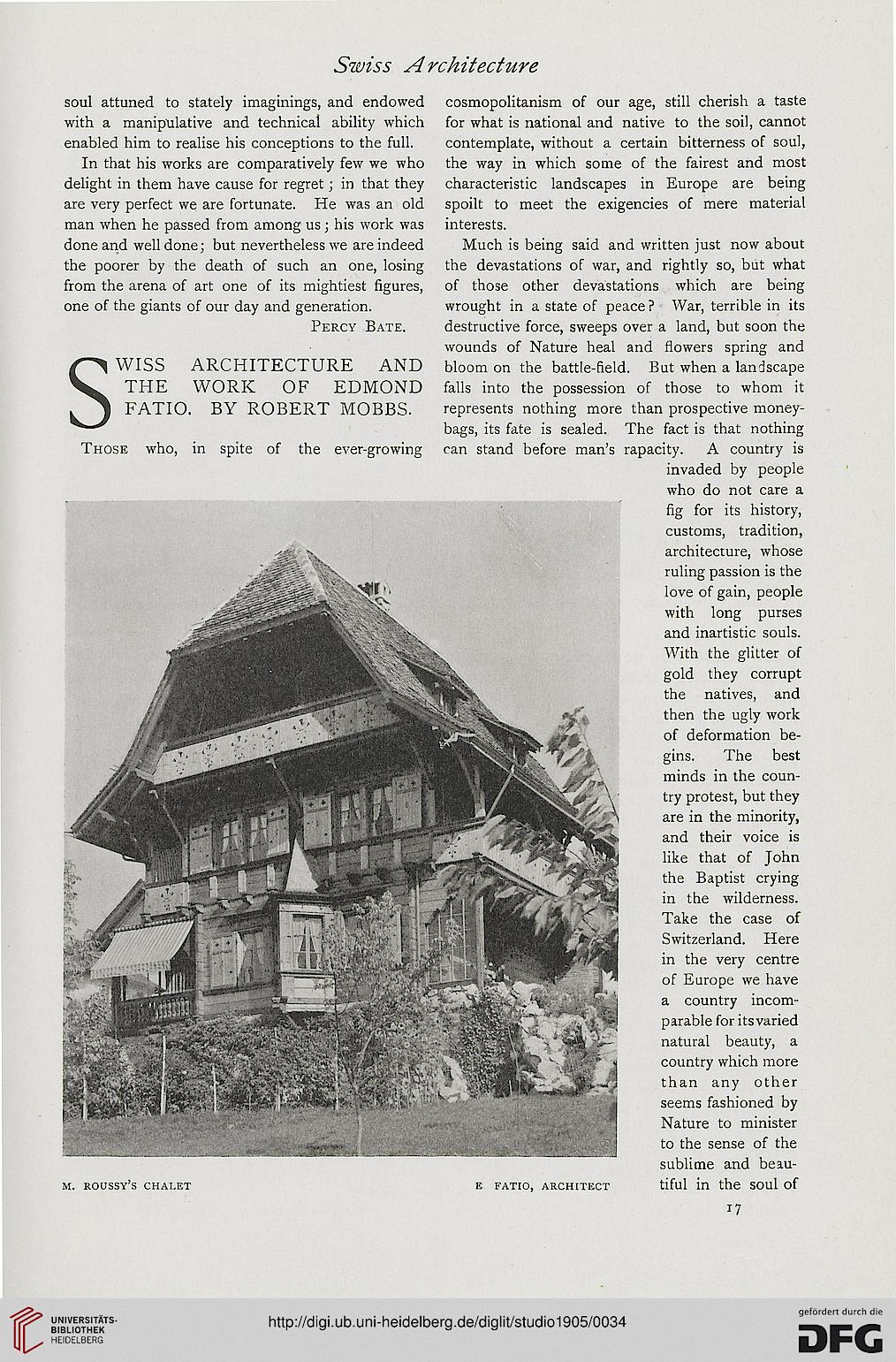 soul attuned to stately imaginings, and endowed cosmopolitanism of our age, still cherish a taste
with a manipulative and technical ability which for what is national and native to the soil, cannot
enabled him to realise his conceptions to the full. contemplate, without a certain bitterness of soul,
In that his works are comparatively few we who the way in which some of the fairest and most
delight in them have cause for regret; in that they characteristic landscapes in Europe are being
are very perfect we are fortunate. He was an old spoilt to meet the exigencies of mere material
man when he passed from among us; his work was interests.

done and well done; but nevertheless we are indeed Much is being said and written just now about
the poorer by the death of such an one, losing the devastations of war, and rightly so, but what
from the arena of art one of its mightiest figures, of those other devastations which are being
one of the giants of our day and generation. wrought in a state of peace ? War, terrible in its

Percy Bate. destructive force, sweeps over a land, but soon the
wounds of Nature heal and flowers spring and

SWISS ARCHITECTURE AND bloom on the battle-field. Bat when a landscape
THE WORK OF EDMOND falls into the possession of those to whom it
FATIO. BY ROBERT MOBBS. represents nothing more than prospective money-
bags, its fate is sealed. The fact is that nothing
Those who, in spite of the ever-growing can stand before man's rapacity. A country is

invaded by people
who do not care a
fig for its history,
customs, tradition,
architecture, whose
ruling passion is the
love of gain, people
with long purses
and inartistic souls.
With the glitter of
gold they corrupt
the natives, and
then the ugly work
of deformation be-
gins. The best
minds in the coun-
try protest, but they
are in the minority,
and their voice is
like that of John
the Baptist crying
in the wilderness.
Take the case of
Switzerland. Here
in the very centre
of Europe we have
a country incom-
parable for its varied
natural beauty, a
country which more
than any other
seems fashioned by
Nature to minister
to the sense of the
sublime and beau-