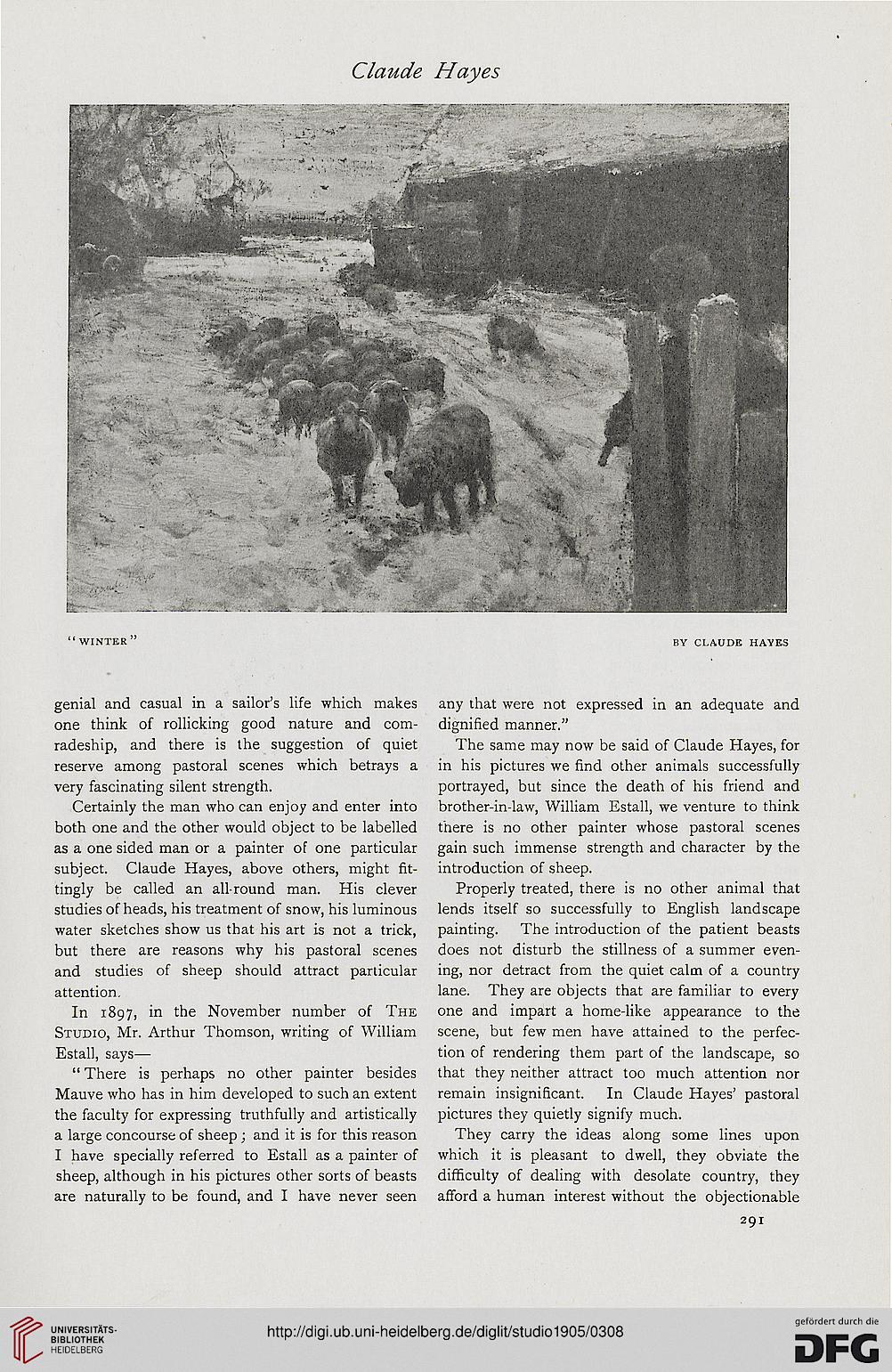 one think of rollicking good nature and com- dignified manner."

radeship, and there is the suggestion of quiet The same may now be said of Claude Hayes, for

very fascinating silent strength. portrayed, but since the death of his friend and

Certainly the man who can enjoy and enter into brother-in-law, William Estall, we venture to think

subject. Claude Hayes, above others, might fit- introduction of sheep.

tingly be called an all-round man. His clever Properly treated, there is no other animal that

studies of heads, his treatment of snow, his luminous lends itself so successfully to English landscape

water sketches show us that his art is not a trick, painting. The introduction of the patient beasts

and studies of sheep should attract particular ing, nor detract from the quiet calm of a country

attention. lane. They are objects that are familiar to every

In 1897, in the November number of The one and impart a home-like appearance to the

Studio, Mr. Arthur Thomson, writing of William scene, but few men have attained to the perfec-

Estall, says— tion of rendering them part of the landscape, so

Mauve who has in him developed to such an extent remain insignificant. In Claude Hayes' pastoral

the faculty for expressing truthfully and artistically pictures they quietly signify much,
a large concourse of sheep ; and it is for this reason They carry the ideas along some lines upon

I have specially referred to Estall as a painter of which it is pleasant to dwell, they obviate the

sheep, although in his pictures other sorts of beasts difficulty of dealing with desolate country, they

are naturally to be found, and I have never seen afford a human interest without the objectionable