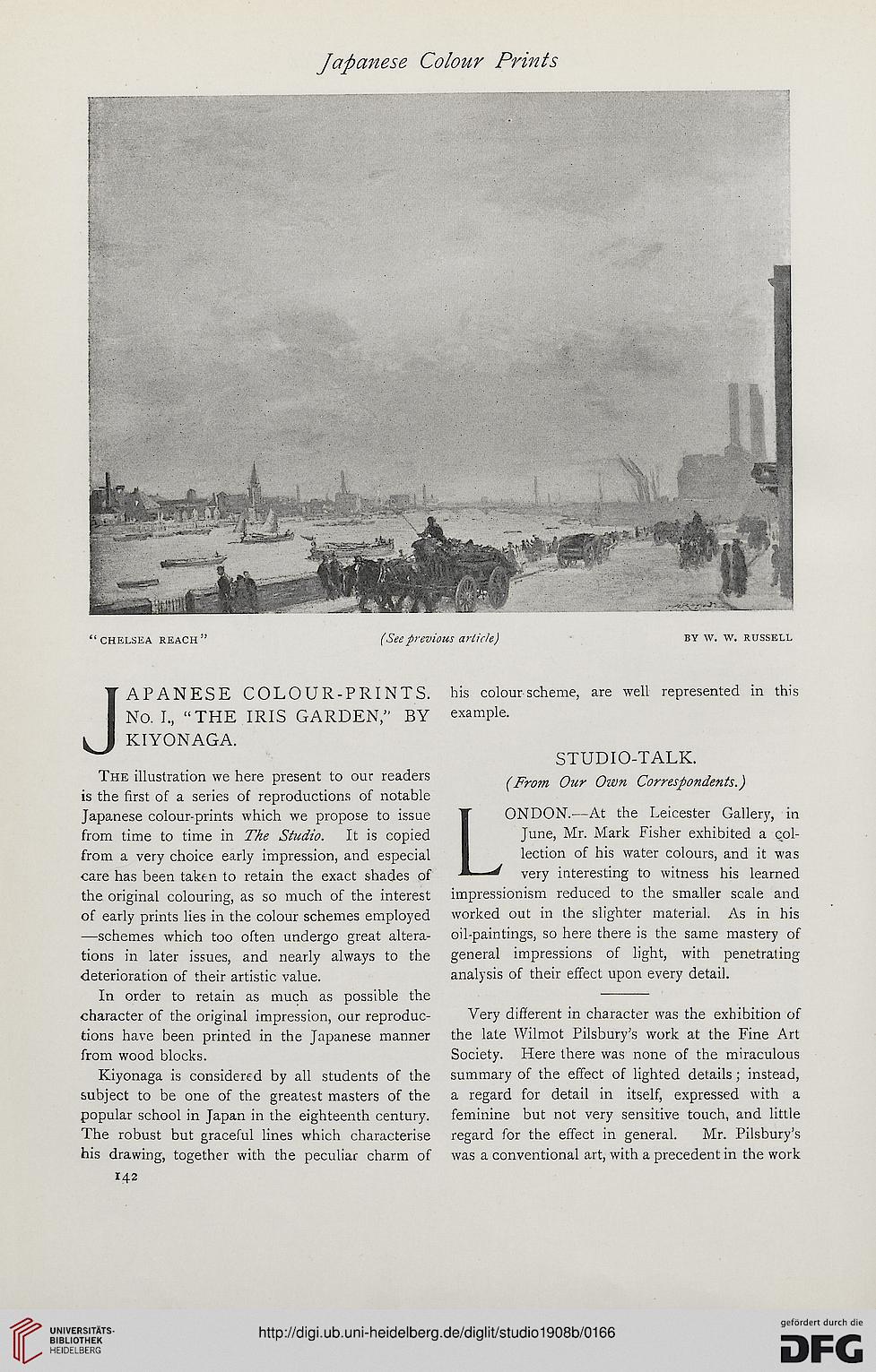 JAPANESE COLOUR-PRINTS.
No. I., “THE IRIS GARDEN,” BY
KIYONAGA.

The illustration we here present to our readers
is the first of a series of reproductions of notable
Japanese colour-prints which we propose to issue
from time to time in The Studio. It is copied
from a very choice early impression, and especial
care has been taken to retain the exact shades of
the original colouring, as so much of the interest
of early prints lies in the colour schemes employed
—schemes which too often undergo great altera-
tions in later issues, and nearly always to the
deterioration of their artistic value.

In order to retain as much as possible the
character of the original impression, our reproduc-
tions have been printed in the Japanese manner
from wood blocks.

Kiyonaga is considered by all students of the
subject to be one of the greatest masters of the
popular school in Japan in the eighteenth century.
The robust but graceful lines which characterise
his drawing, together with the peculiar charm of
142

his colour scheme, are well represented in this
example.

LONDON.—At the Leicester Gallery, in
June, Mr. Mark Fisher exhibited a col-
lection of his water colours, and it was
very interesting to witness his learned
impressionism reduced to the smaller scale and
worked out in the slighter material. As in his
oil-paintings, so here there is the same mastery of
general impressions of light, with penetrating
analysis of their effect upon every detail.

Very different in character was the exhibition of
the late Wilmot Pilsbury’s work at the Fine Art
Society. Here there was none of the miraculous
summary of the effect of lighted details; instead,
a regard for detail in itself, expressed with a
feminine but not very sensitive touch, and little
regard for the effect in general. Mr. Pilsbury’s
was a conventional art, with a precedent in the work