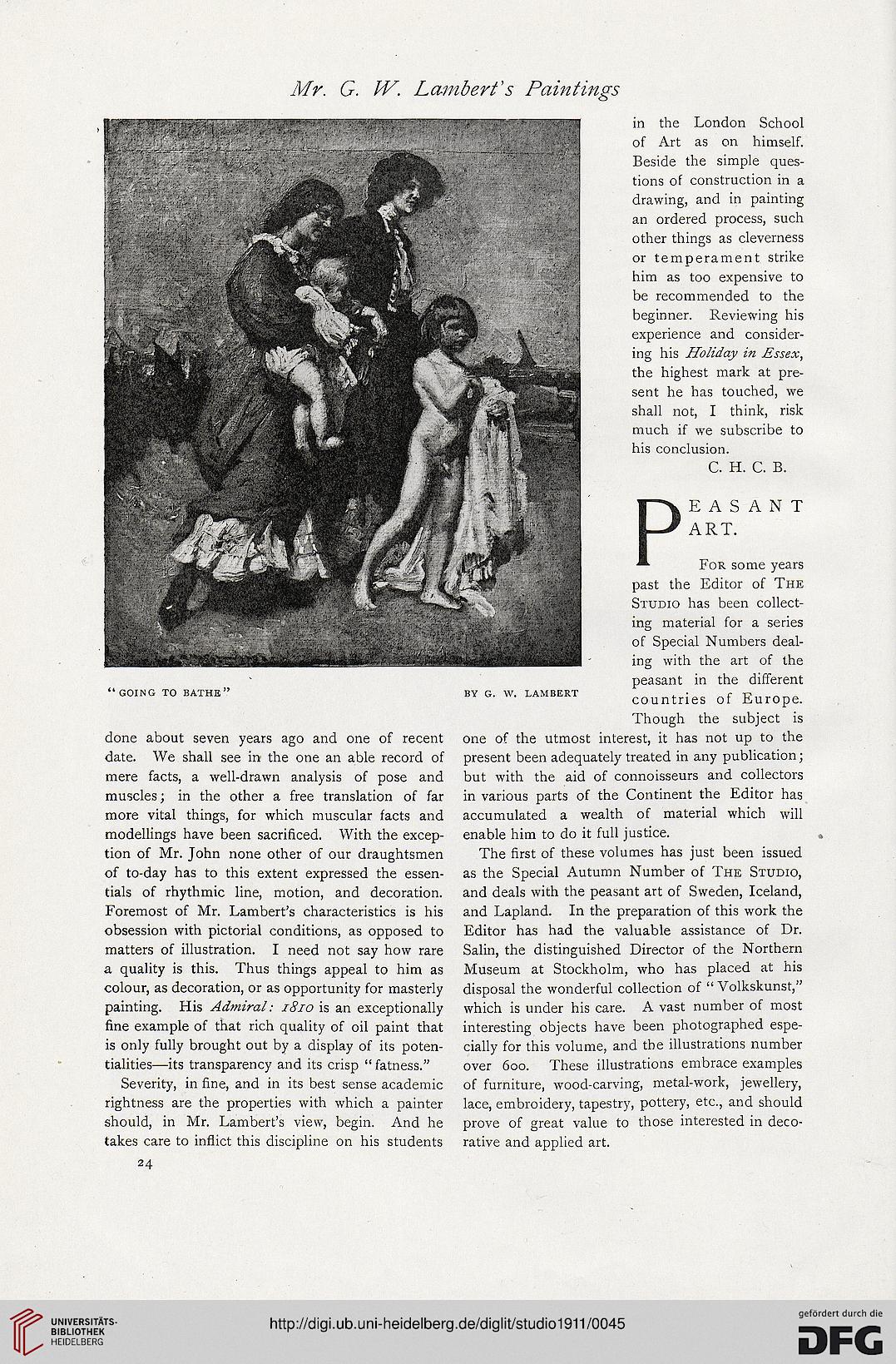 For some years
past the Editor of The
Studio has been collect-
ing material for a series
of Special Numbers deal-
ing with the art of the
peasant in the different
countries of Europe.

Though the subject is
one of the utmost interest, it has not up to the
present been adequately treated in any publication;
but with the aid of connoisseurs and collectors
in various parts of the Continent the Editor has
accumulated a wealth of material which will
enable him to do it full justice.

The first of these volumes has just been issued
as the Special Autumn Number of The Studio,
and deals with the peasant art of Sweden, Iceland,
and Lapland. In the preparation of this work the
Editor has had the valuable assistance of Dr.
Salin, the distinguished Director of the Northern
Museum at Stockholm, who has placed at his
disposal the wonderful collection of “ Volkskunst,”
which is under his care. A vast number of most
interesting objects have been photographed espe-
cially for this volume, and the illustrations number
over 600. These illustrations embrace examples
of furniture, wood-carving, metal-work, jewellery,
lace, embroidery, tapestry, pottery, etc., and should
prove of great value to those interested in deco-
rative and applied art.

in the London School
of Art as on himself.
Beside the simple ques-
tions of construction in a
drawing, and in painting
an ordered process, such
other things as cleverness
or temperament strike
him as too expensive to
be recommended to the
beginner. Reviewing his
experience and consider-
ing his Holiday in Essex,
the highest mark at pre-
sent he has touched, we
shall not, I think, risk
much if we subscribe to
his conclusion.

done about seven years ago and one of recent
date. We shall see in the one an able record of
mere facts, a well-drawn analysis of pose and
muscles; in the other a free translation of far
more vital things, for which muscular facts and
modellings have been sacrificed. With the excep-
tion of Mr. John none other of our draughtsmen
of to-day has to this extent expressed the essen-
tials of rhythmic line, motion, and decoration.
Foremost of Mr. Lambert’s characteristics is his
obsession with pictorial conditions, as opposed to
matters of illustration. I need not say how rare
a quality is this. Thus things appeal to him as
colour, as decoration, or as opportunity for masterly
painting. His Admiral: 1810 is an exceptionally
fine example of that rich quality of oil paint that
is only fully brought out by a display of its poten-
tialities—its transparency and its crisp “ fatness.”
Severity, in fine, and in its best sense academic
rightness are the properties with which a painter
should, in Mr. Lambert’s view, begin. And he
takes care to inflict this discipline on his students