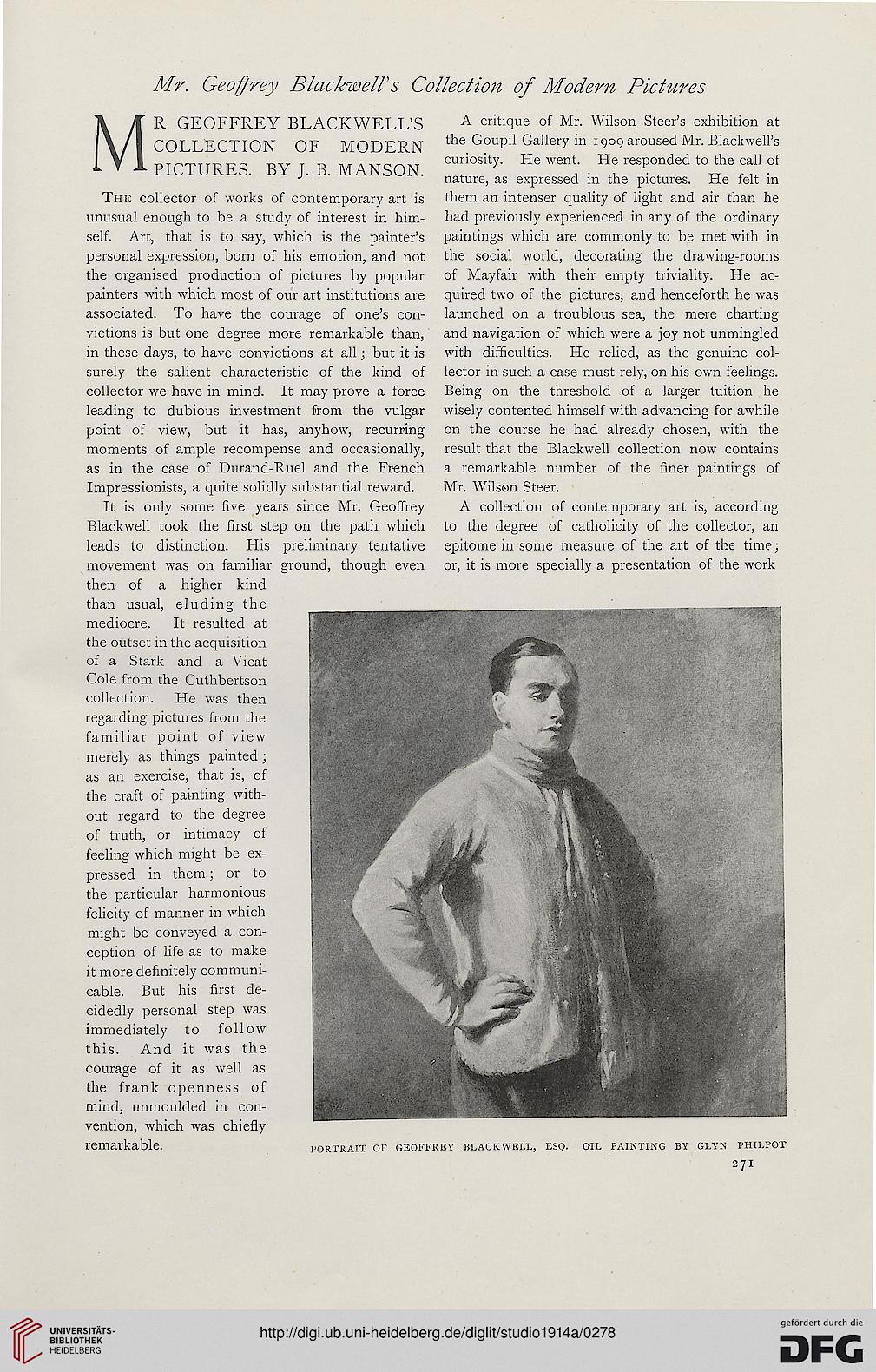 curiosity. He went. He responded to the call of
nature, as expressed in the pictures. He felt in

self. Art, that is to say, which is the painter's paintings which are commonly to be met with in

personal expression, born of his emotion, and not the social world, decorating the drawing-rooms

the organised production of pictures by popular of Mayfair with their empty triviality. He ac-

painters with which most of our art institutions are quired two of the pictures, and henceforth he was

associated. To have the courage of one's con- launched on a troublous sea, the mere charting

victions is but one degree more remarkable than, and navigation of which were a joy not unmingled

in these days, to have convictions at all; but it is with difficulties. He relied, as the genuine col-

surely the salient characteristic of the kind of lector in such a case must rely, on his own feelings,

collector we have in mind. It may prove a force Being on the threshold of a larger tuition he

point of view, but it has, anyhow, recurring on the course he had already chosen, with the

moments of ample recompense and occasionally, result that the Blackwell collection now contains

It is only some five years since Mr. Geoffrey A collection of contemporary art is, according

Blackwell took the first step on the path which to the degree of catholicity of the collector, an

leads to distinction. His preliminary tentative epitome in some measure of the art of the time;

movement was on familiar ground, though even or, it is more specially a presentation of the work
then of a higher kind
than usual, eluding the
mediocre. It resulted at
the outset in the acquisition
of a Stark and a Vicat

vention, which was chiefly