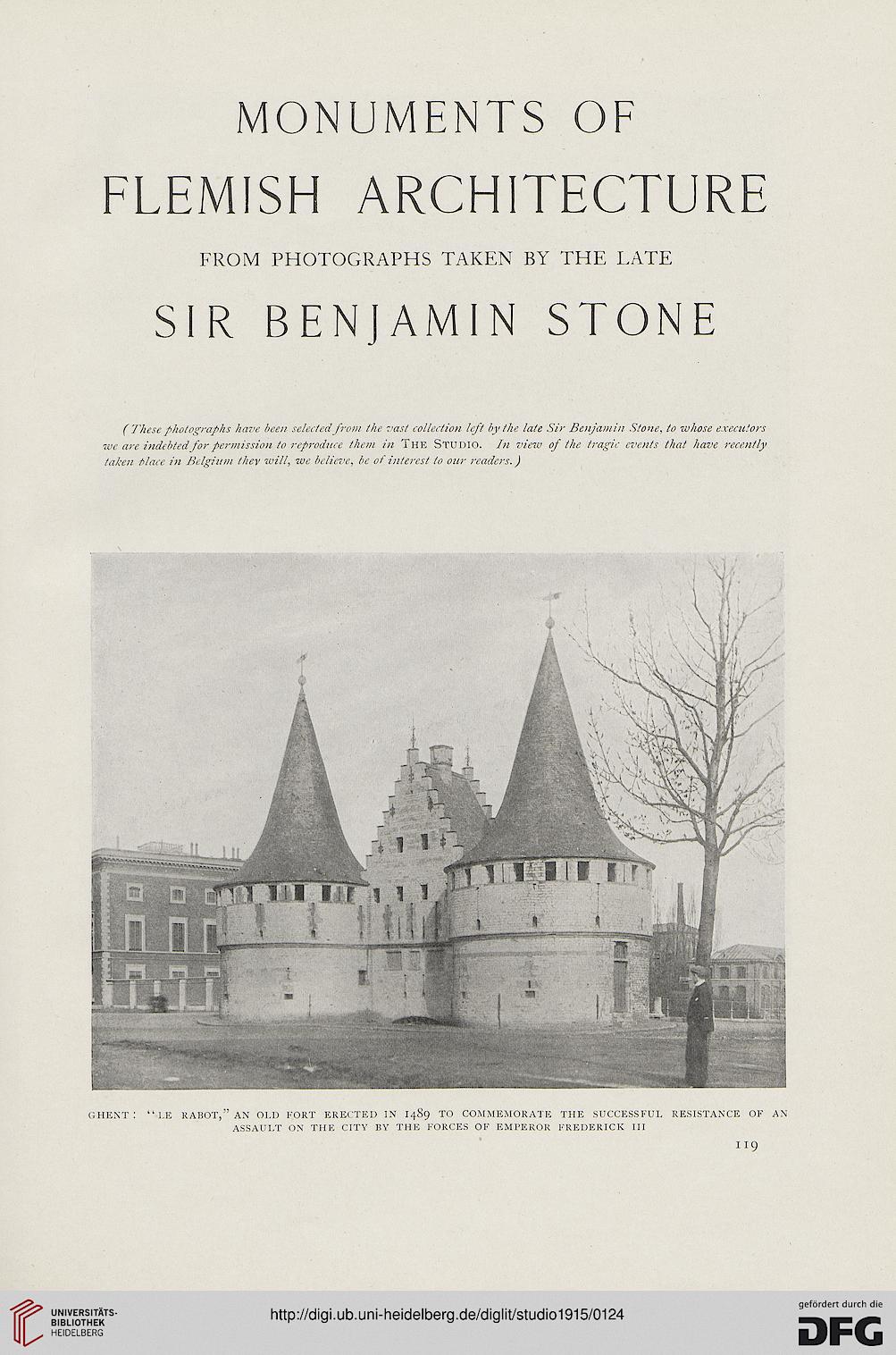 Information about OCR text
MONUMENTS OF

FROM PHOTOGRAPHS TAKEN BY THE LATE

( These photographs have been selected from the vast collection left by the late Sir Benjamin Stone, to whose executors
we are indebted for permission to reproduce them in The Studio. In view of the tragic events that have recently
taken t>lace in Belgium they will, we believe, be of interest to our readers.)

ghent: **lb rabot," an old fort erected in I489 to commemorate the successful resistance of an
assault on the city by the forces ok emperor frederick iii