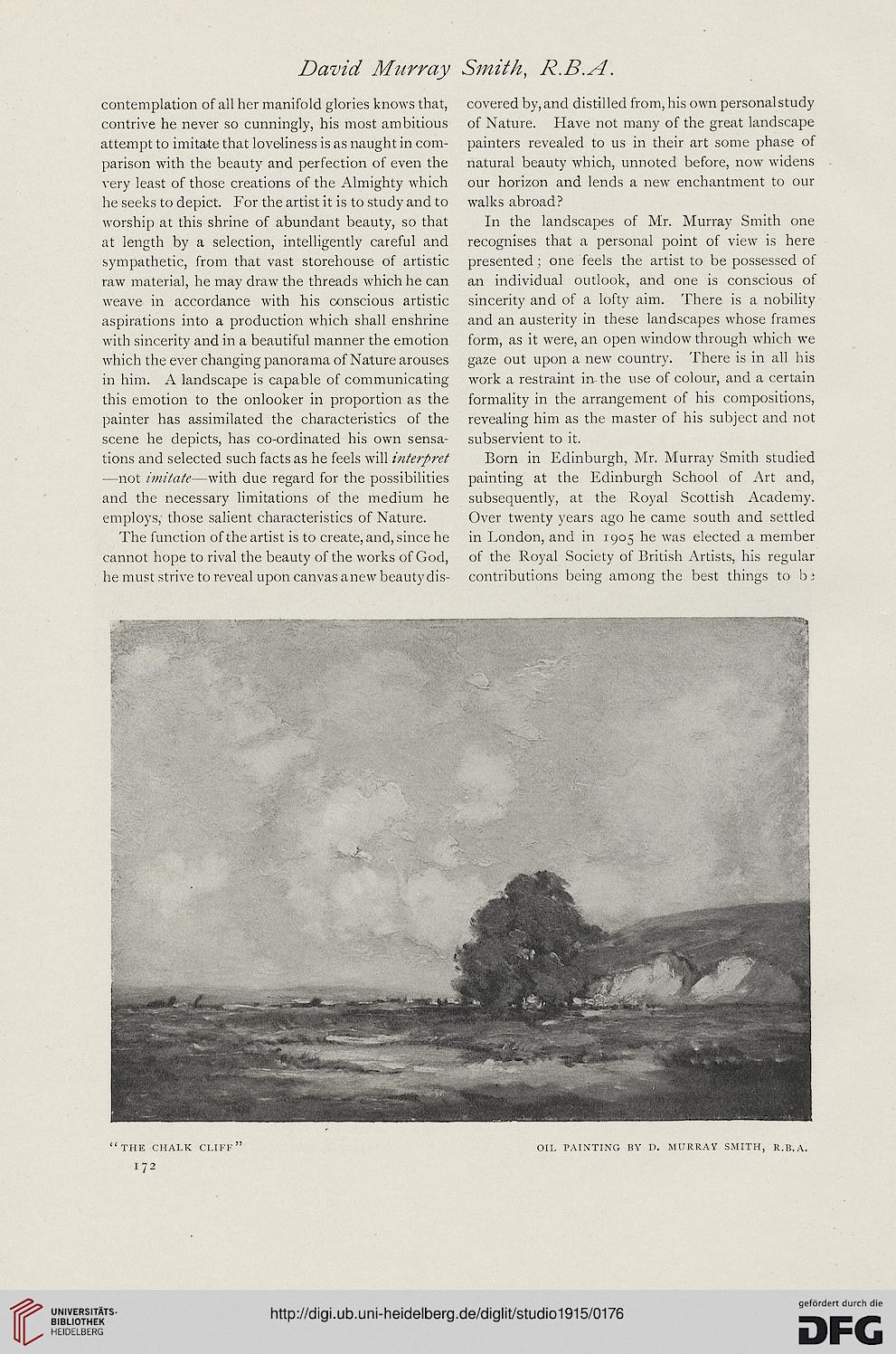 contemplation of all her manifold glories knows that, covered by, and distilled from, his own personal study

contrive he never so cunningly, his most ambitious of Nature. Have not many of the great landscape

parison with the beauty and perfection of even the natural beauty which, unnoted before, now widens

he seeks to depict. For the artist it is to study and to walks abroad ?

worship at this shrine of abundant beauty, so that In the landscapes of Mr. Murray Smith one

at length by a selection, intelligently careful and recognises that a personal point of view is here

sympathetic, from that vast storehouse of artistic presented; one feels the artist to be possessed of

raw material, he may draw the threads which he can an individual outlook, and one is conscious of

weave in accordance with his conscious artistic sincerity and of a lofty aim. There is a nobility

with sincerity and in a beautiful manner the emotion form, as it were, an open window through which we

which the ever changing panorama of Nature arouses gaze out upon a new country. There is in all his

in him. A landscape is capable of communicating work a restraint in the use of colour, and a certain

this emotion to the onlooker in proportion as the formality in the arrangement of his compositions,

scene he depicts, has co-ordinated his own sensa- subservient to it.

tions and selected such facts as he feels will interpret Born in Edinburgh, Mr. Murray Smith studied

—not imitate—with due regard for the possibilities painting at the Edinburgh School of Art and,

and the necessary limitations of the medium he subsequently, at the Royal Scottish Academy,

employs, those salient characteristics of Nature. Over twenty years ago he came south and settled

The function of the artist is to create, and, since he in London, and in 1905 he was elected a member

cannot hope to rival the beauty of the works of God, of the Royal Society of British Artists, his regular