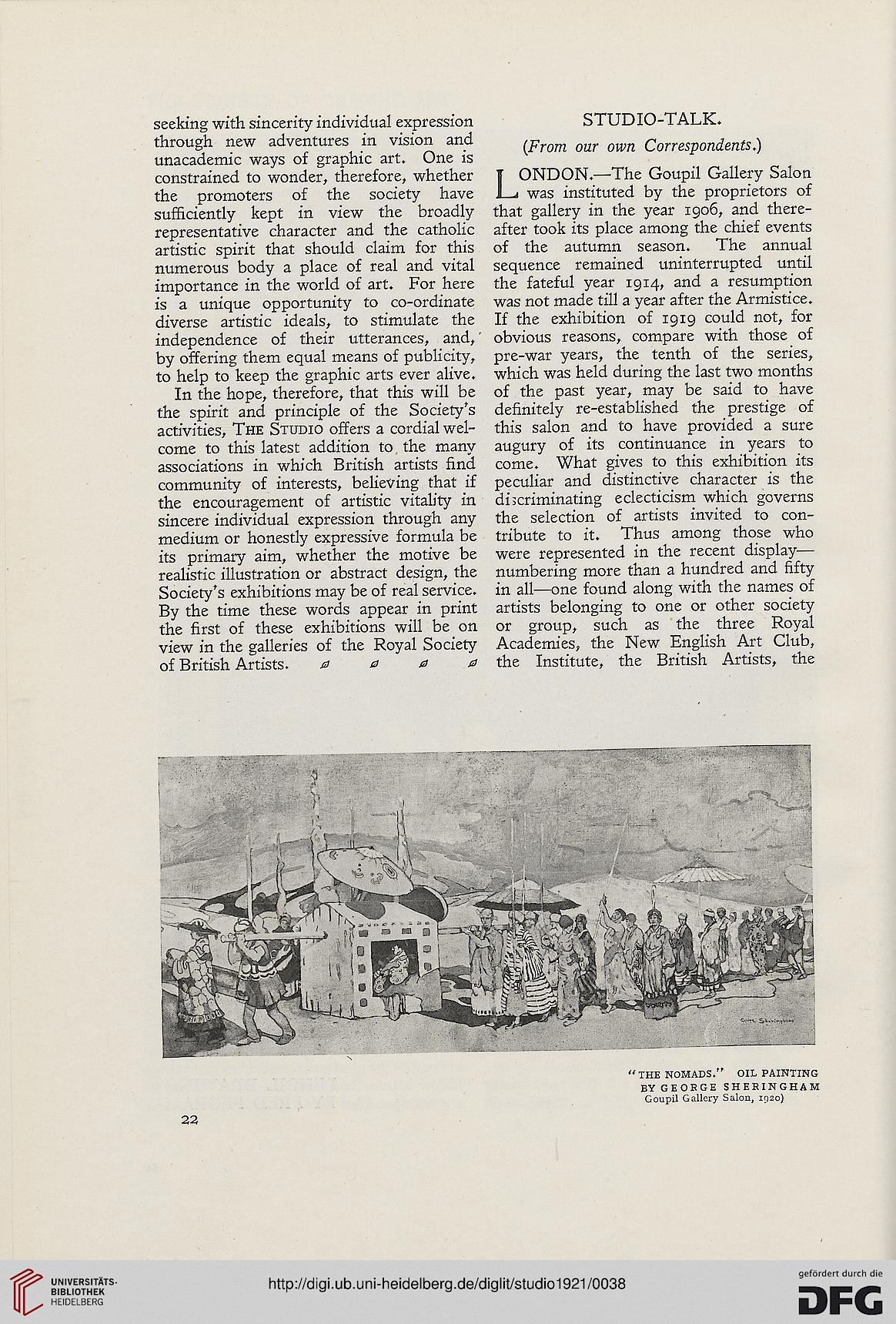 Information about OCR text
seeking with sincerity individual expression
through new adventures in vision and
unacademic ways of graphic art. One is
constrained to wonder, therefore, whether
the promoters of the society have
sufficiently kept in view the broadly
representative character and the catholic
artistic spirit that should claim for this
numerous body a place of real and vital
importance in the world of art. For here
is a unique opportunity to co-ordinate
diverse artistic ideals, to stimulate the
independence of their utterances, and,
by offering them equal means of publicity,
to help to keep the graphic arts ever alive.

In the hope, therefore, that this will be
the spirit and principle of the Society's
activities, The Studio offers a cordial wel-
come to this latest addition to the many
associations in which British artists find
community of interests, believing that if
the encouragement of artistic vitality in
sincere individual expression through any
medium or honestly expressive formula be
its primary aim, whether the motive be
realistic illustration or abstract design, the
Society's exhibitions may be of real service.
By the time these words appear in print
the first of these exhibitions will be on
view in the galleries of the Royal Society
of British Artists. 0000

LONDON.—The Goupil Gallery Salon
was instituted by the proprietors of
that gallery in the year 1906, and there-
after took its place among the chief events
of the autumn season. The annual
sequence remained uninterrupted until
the fateful year 1914, and a resumption
was not made till a year after the Armistice.
If the exhibition of 1919 could not, for
obvious reasons, compare with those of
pre-war years, the tenth of the series,
which was held during the last two months
of the past year, may be said to have
definitely re-established the prestige of
this salon and to have provided a sure
augury of its continuance in years to
come. What gives to this exhibition its
peculiar and distinctive character is the
discriminating eclecticism which governs
the selection of artists invited to con-
tribute to it. Thus among those who
were represented in the recent display—
numbering more than a hundred and fifty
in all—one found along with the names of
artists belonging to one or other society
or group, such as the three Royal
Academies, the New English Art Club,
the Institute, the British Artists, the