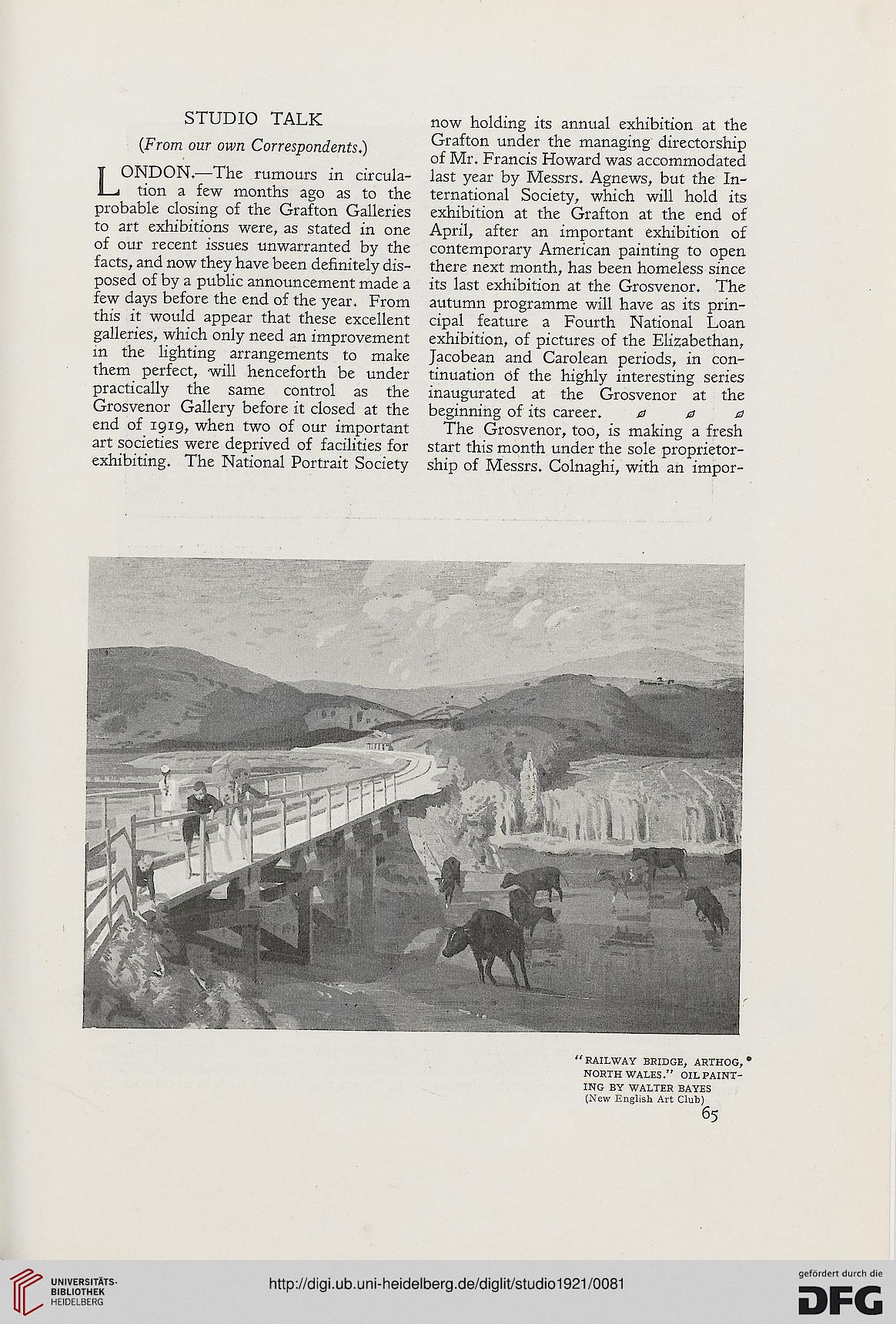 Information about OCR text
STUDIO TALK
(From our own Correspondents.)

LONDON.—The rumours in circula-
tion a few months ago as to the
probable closing of the Grafton Galleries
to art exhibitions were, as stated in one
of our recent issues unwarranted by the
facts, and now they have been definitely dis-
posed of by a public announcement made a
few days before the end of the year. From
this it would appear that these excellent
galleries, which only need an improvement
in the lighting arrangements to make
them perfect, will henceforth be under
practically the same control as the
Grosvenor Gallery before it closed at the
end of 1919, when two of our important
art societies were deprived of facilities for
exhibiting. The National Portrait Society

now holding its annual exhibition at the
Grafton under the managing directorship
of Mr. Francis Howard was accommodated
last year by Messrs. Agnews, but the In-
ternational Society, which will hold its
exhibition at the Grafton at the end of
April, after an important exhibition of
contemporary American painting to open
there next month, has been homeless since
its last exhibition at the Grosvenor. The
autumn programme will have as its prin-
cipal feature a Fourth National Loan
exhibition, of pictures of the Elizabethan,
Jacobean and Carolean periods, in con-
tinuation of the highly interesting series
inaugurated at the Grosvenor at the
beginning of its career. 000
The Grosvenor, too, is making a fresh
start this month under the sole proprietor-
ship of Messrs. Colnaghi, with an impor-