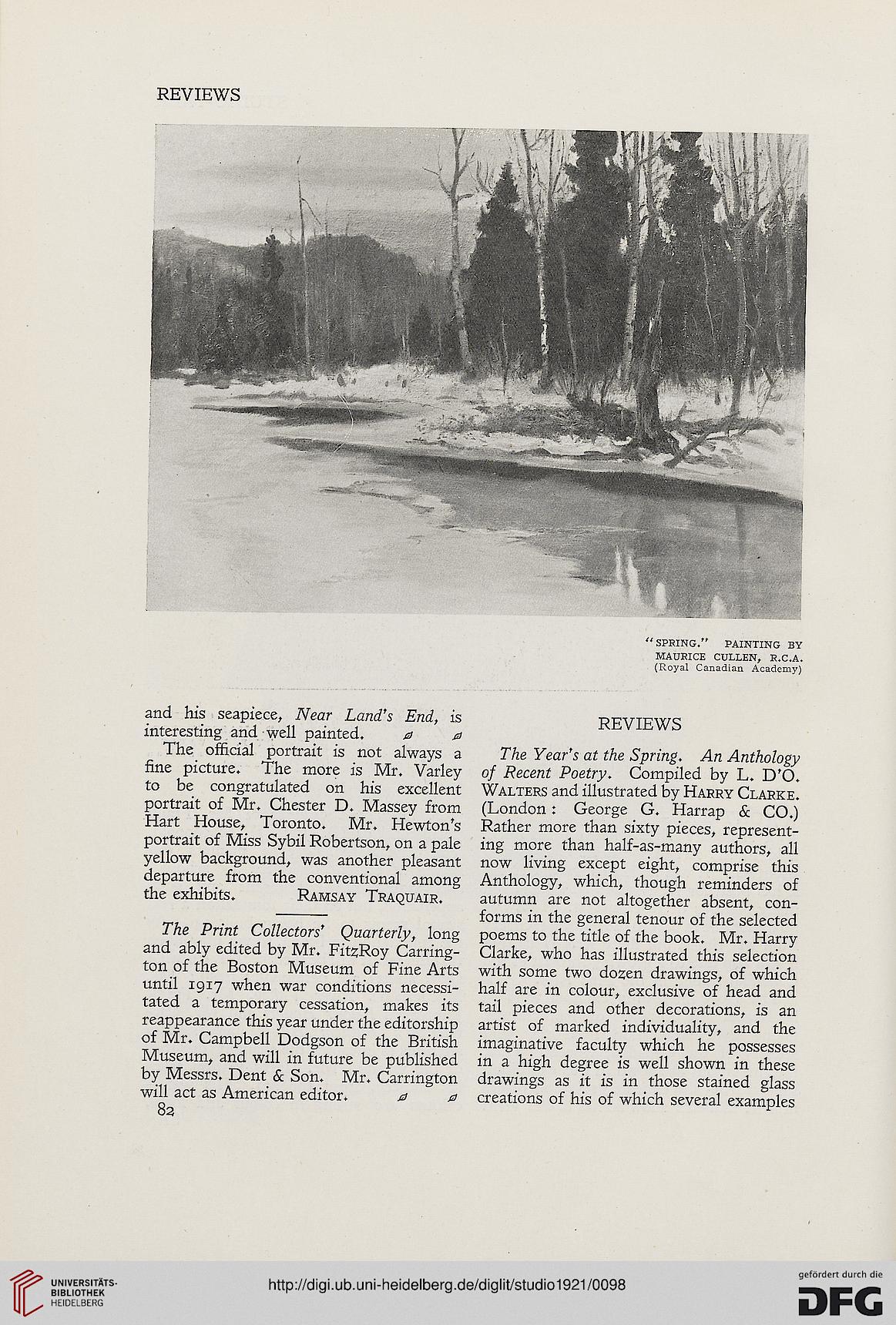 and his seapiece, Near Land's End, is REVIEWS
interesting and well painted. a a

The official portrait is not always a The Year's at the Spring. An Anthology
fine picture. The more is Mr. Varley of Recent Poetry. Compiled by L. D'O.
to be congratulated on his excellent Walters and illustrated by Harry Clarke.
portrait of Mr. Chester D. Massey from (London : George G. Harrap & CO.)
Hart House, Toronto. Mr. Hewton's Rather more than sixty pieces, represent-
portrait of Miss Sybil Robertson, on a pale ing more than half-as-many authors, all
yellow background, was another pleasant now living except eight, comprise this
departure from the conventional among Anthology, which, though reminders of
the exhibits. Ramsay Traquair. autumn are not altogether absent, con-
- forms in the general tenour of the selected

The Print Collectors' Quarterly, long poems to the title of the book. Mr. Harry

and ably edited by Mr. Fit2Roy Carring- Clarke, who has illustrated this selection

ton of the Boston Museum of Fine Arts with some two dozen drawings, of which

until 1917 when war conditions necessi- half are in colour, exclusive of head and

tated a temporary cessation, makes its tail pieces and other decorations, is an

reappearance this year under the editorship artist of marked individuality, and the

of Mr. Campbell Dodgson of the British imaginative faculty which he possesses

Museum, and will in future be published in a high degree is well shown in these

by Messrs. Dent & Son. Mr. Carrington drawings as it is in those stained glass

will act as American editor. a a creations of his of which several examples