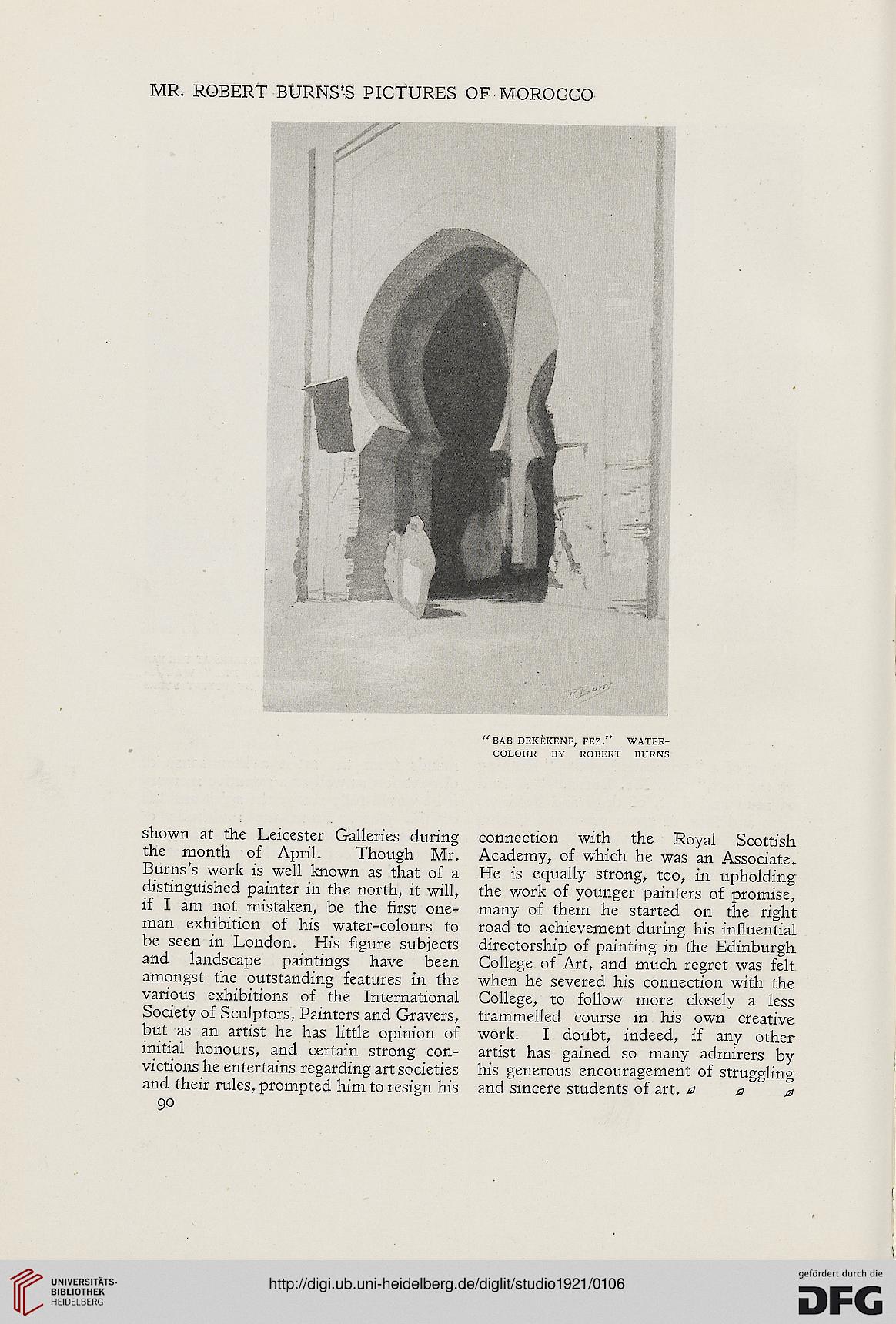 shown at the Leicester Galleries during
the month of April. Though Mr.
Burns's work is well known as that of a
distinguished painter in the north, it will,
if I am not mistaken, be the first one-
man exhibition of his water-colours to
be seen in London. His figure subjects
and landscape paintings have been
amongst the outstanding features in the
various exhibitions of the International
Society of Sculptors, Painters and Gravers,
but as an artist he has little opinion of
initial honours, and certain strong con-
victions he entertains regarding art societies
and their rules, prompted him to resign his
90

connection with the Royal Scottish
Academy, of which he was an Associate.
He is equally strong, too, in upholding
the work of younger painters of promise,
many of them he started on the right
road to achievement during his influential
directorship of painting in the Edinburgh
College of Art, and much regret was felt
when he severed his connection with the
College, to follow more closely a less
trammelled course in his own creative
work. I doubt, indeed, if any other
artist has gained so many admirers by
his generous encouragement of struggling
and sincere students of art. a a 0