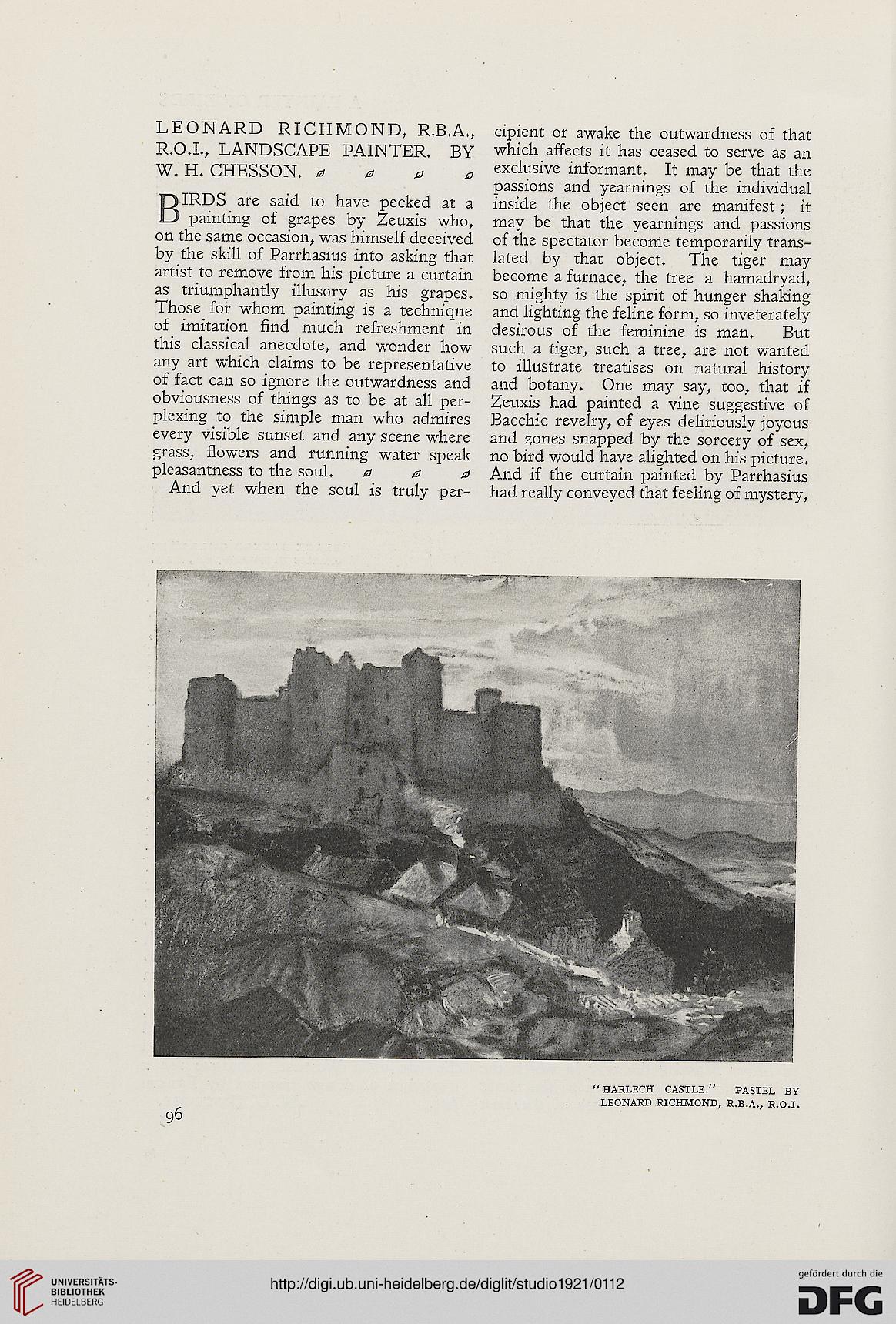 BIRDS are said to have pecked at a
painting of grapes by Zeuxis who,
on the same occasion, was himself deceived
by the skill of Parrhasius into asking that
artist to remove from his picture a curtain
as triumphantly illusory as his grapes.
Those for whom painting is a technique
of imitation find much refreshment in
this classical anecdote, and wonder how
any art which claims to be representative
of fact can so ignore the outwardness and
obviousness of things as to be at all per-
plexing to the simple man who admires
every visible sunset and any scene where
grass, flowers and running water speak
pleasantness to the soul. 000
And yet when the soul is truly per-

cipient or awake the outwardness of that
which affects it has ceased to serve as an
exclusive informant. It may be that the
passions and yearnings of the individual
inside the object seen are manifest; it
may be that the yearnings and passions
of the spectator become temporarily trans-
lated by that object. The tiger may
become a furnace, the tree a hamadryad,
so mighty is the spirit of hunger shaking
and lighting the feline form, so inveterately
desirous of the feminine is man. But
such a tiger, such a tree, are not wanted
to illustrate treatises on natural history
and botany. One may say, too, that if
Zeuxis had painted a vine suggestive of
Bacchic revelry, of eyes deliriously joyous
and zones snapped by the sorcery of sex,
no bird would have alighted on his picture.
And if the curtain painted by Parrhasius
had really conveyed that feeling of mystery,