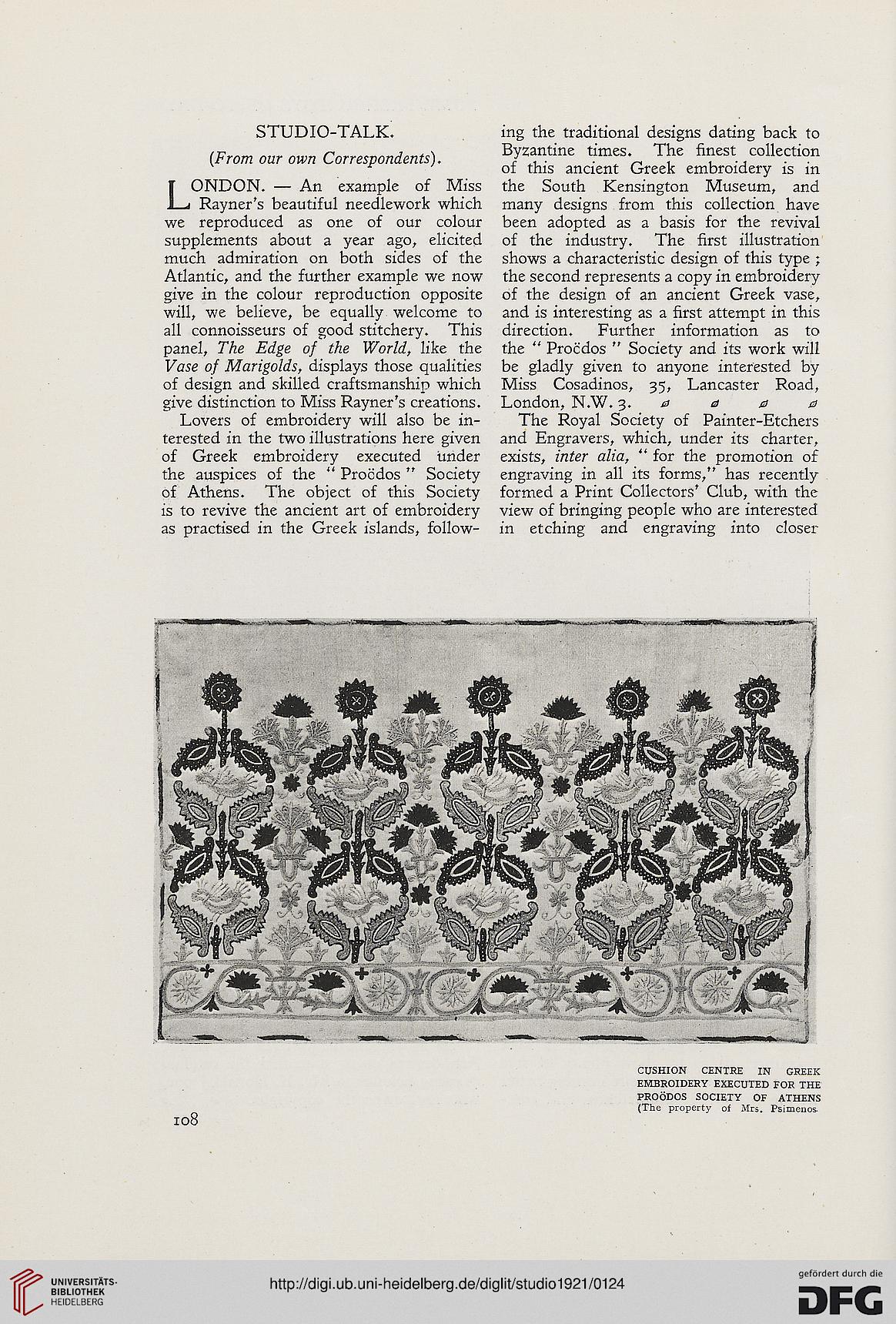 Information about OCR text
STUDIO-TALK.
(From our own Correspondents).

LONDON. — An example of Miss
Rayner's beautiful needlework which
we reproduced as one of our colour
supplements about a year ago, elicited
much admiration on both sides of the
Atlantic, and the further example we now
give in the colour reproduction opposite
will, we believe, be equally welcome to
all connoisseurs of good stitchery. This
panel, The Edge of the World, like the
Vase of Marigolds, displays those qualities
of design and skilled craftsmanship which
give distinction to Miss Rayner's creations.

Lovers of embroidery will also be in-
terested in the two illustrations here given
of Greek embroidery executed Under
the auspices of the " Procdos " Society
of Athens. The object of this Society
is to revive the ancient art of embroidery
as practised in the Greek islands, follow-

ing the traditional designs dating back to
Byzantine times. The finest collection
of this ancient Greek embroidery is in
the South Kensington Museum, and
many designs from this collection have
been adopted as a basis for the revival
of the industry. The first illustration
shows a characteristic design of this type ;
the second represents a copy in embroidery
of the design of an ancient Greek vase,
and is interesting as a first attempt in this
direction. Further information as to
the " Procdos " Society and its work will
be gladly given to anyone interested by
Miss Cosadinos, 35, Lancaster Road,
London, N.W. 3. a a 0 0
The Royal Society of Painter-Etchers
and Engravers, which, under its charter,
exists, inter alia, " for the promotion of
engraving in all its forms," has recently
formed a Print Collectors' Club, with the
view of bringing people who are interested
in etching and engraving into closer