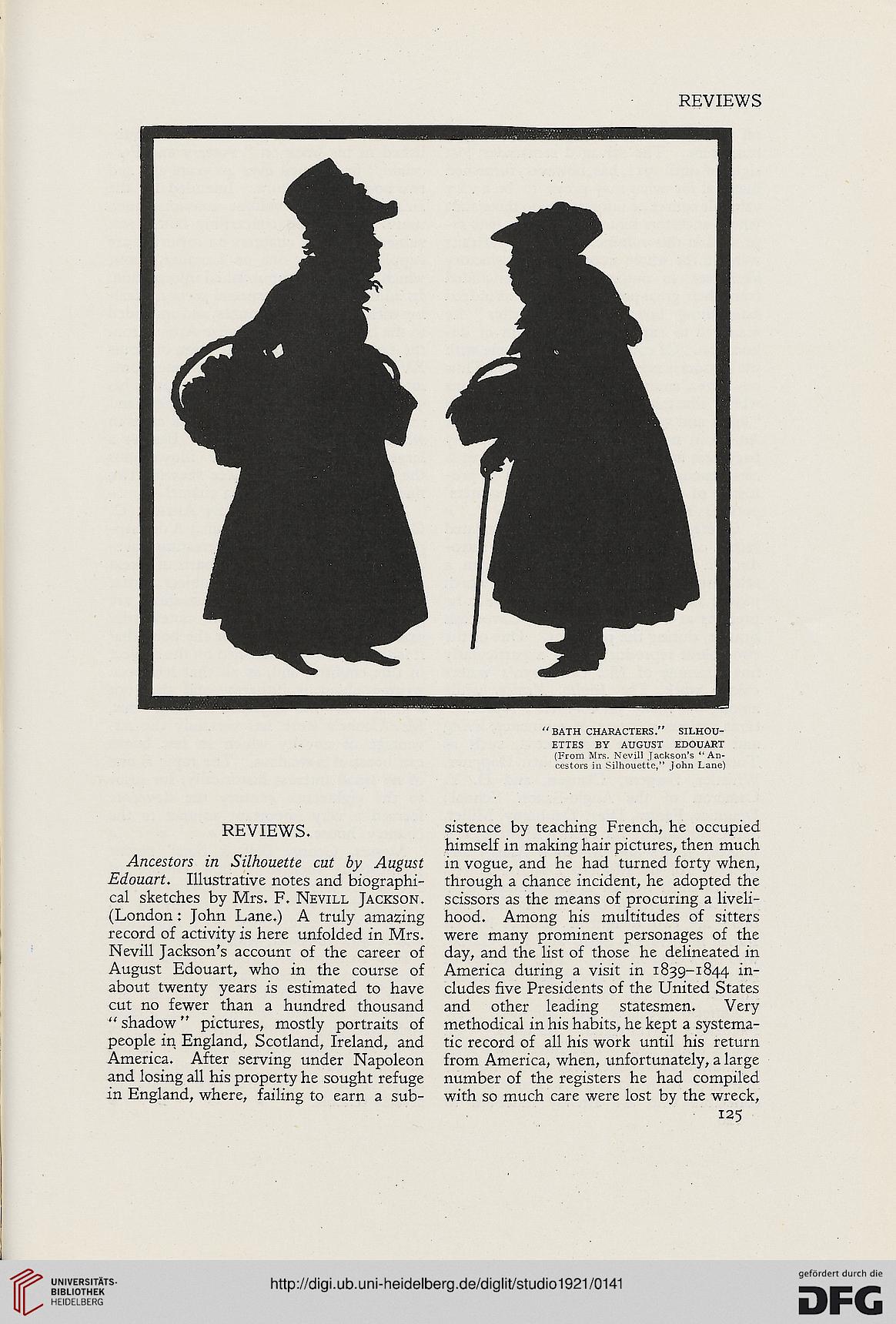 (From Mrs. Nevill Jackson's "An-
cestors in Silhouette," John Lane)

himself in making hair pictures, then much

Ancestors in Silhouette cat by August in vogue, and he had turned forty when,

Edouart. Illustrative notes and biographi- through a chance incident, he adopted the

cal sketches by Mrs. F. Nevill Jackson, scissors as the means of procuring a liveli-

(London: John Lane.) A truly amazing hood. Among his multitudes of sitters

record of activity is here unfolded in Mrs. were many prominent personages of the

cut no fewer than a hundred thousand and other leading statesmen. Very

" shadow " pictures, mostly portraits of methodical in his habits, he kept a systema-

people in England, Scotland, Ireland, and tic record of all his work until his return

America. After serving under Napoleon from America, when, unfortunately, a large

in England, where, failing to earn a sub- with so much care were lost by the wreck,