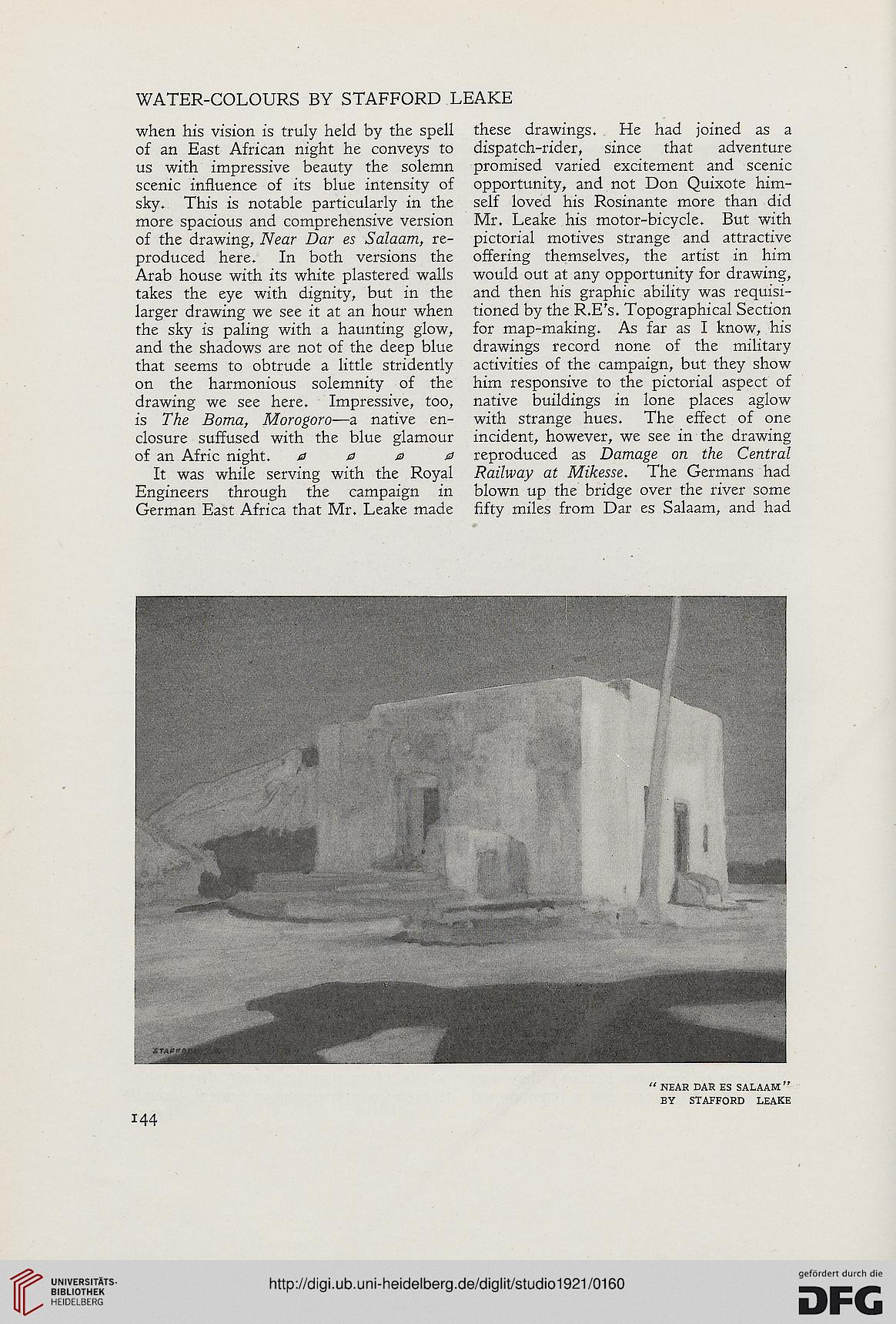 when his vision is truly held by the spell
of an East African night he conveys to
us with impressive beauty the solemn
scenic influence of its blue intensity of
sky. This is notable particularly in the
more spacious and comprehensive version
of the drawing, Near Dar es Salaam, re-
produced here. In both versions the
Arab house with its white plastered walls
takes the eye with dignity, but in the
larger drawing we see it at an hour when
the sky is paling with a haunting glow,
and the shadows are not of the deep blue
that seems to obtrude a little stridently
on the harmonious solemnity of the
drawing we see here. Impressive, too,
is The Boma, Morogoro—a native en-
closure suffused with the blue glamour
of an Afric night. a a 0 a
It was while serving with the Royal
Engineers through the campaign in
German East Africa that Mr. Leake made

these drawings. He had joined as a
dispatch-rider, since that adventure
promised varied excitement and scenic
opportunity, and not Don Quixote him-
self loved his Rosinante more than did
Mr. Leake his motor-bicycle. But with
pictorial motives strange and attractive
offering themselves, the artist in him
would out at any opportunity for drawing,
and then his graphic ability was requisi-
tioned by the R.E's. Topographical Section
for map-making. As far as I know, his
drawings record none of the military
activities of the campaign, but they show
him responsive to the pictorial aspect of
native buildings in lone places aglow
with strange hues. The effect of one
incident, however, we see in the drawing
reproduced as Damage on the Central
Railway at Mikesse. The Germans had
blown up the bridge over the river some
fifty miles from Dar es Salaam, and had