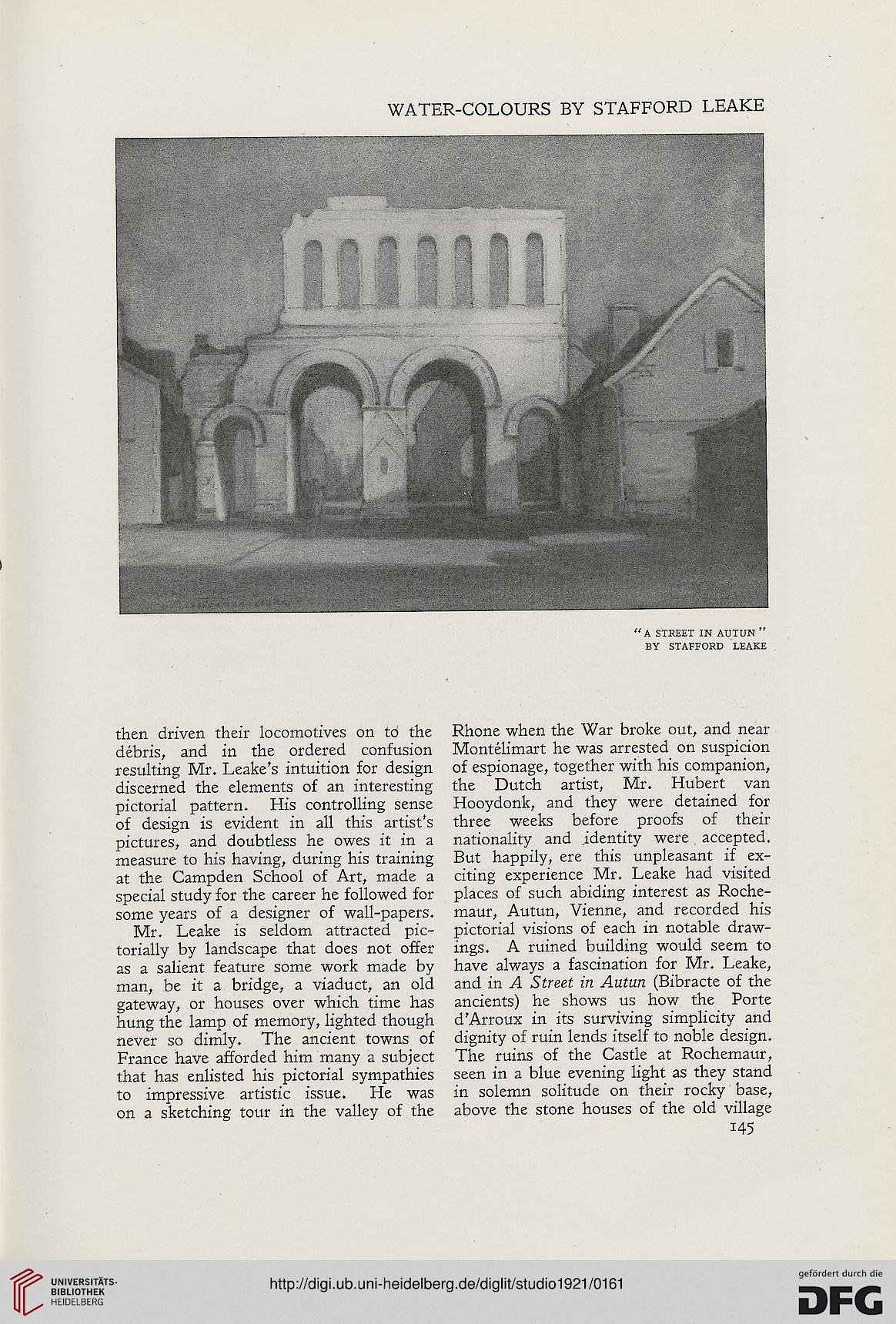 A STREET IN AUTUN "
BY STAFFORD LEAKE

then driven their locomotives on to the
debris, and in the ordered confusion
resulting Mr. Leake's intuition for design
discerned the elements of an interesting
pictorial pattern. His controlling sense
of design is evident in all this artist's
pictures, and doubtless he owes it in a
measure to his having, during his training
at the Campden School of Art, made a
special study for the career he followed for
some years of a designer of wall-papers.

Mr. Leake is seldom attracted pic-
torially by landscape that does not offer
as a salient feature some work made by
man, be it a bridge, a viaduct, an old
gateway, or houses over which time has
hung the lamp of memory, lighted though
never so dimly. The ancient towns of
France have afforded him many a subject
that has enlisted his pictorial sympathies
to impressive artistic issue. He was
on a sketching tour in the valley of the

Rhone when the War broke out, and near
Montelimart he was arrested on suspicion
of espionage, together with his companion,
the Dutch artist, Mr. Hubert van
Hooydonk, and they were detained for
three weeks before proofs of their
nationality and identity were accepted.
But happily, ere this unpleasant if ex-
citing experience Mr. Leake had visited
places of such abiding interest as Roche-
maur, Autun, Vienne, and recorded his
pictorial visions of each in notable draw-
ings. A ruined building would seem to
have always a fascination for Mr. Leake,
and in A Street in Autun (Bibracte of the
ancients) he shows us how the Porte
d'Arroux in its surviving simplicity and
dignity of ruin lends itself to noble design.
The ruins of the Castle at Rochemaur,
seen in a blue evening light as they stand
in solemn solitude on their rocky base,
above the stone houses of the old village