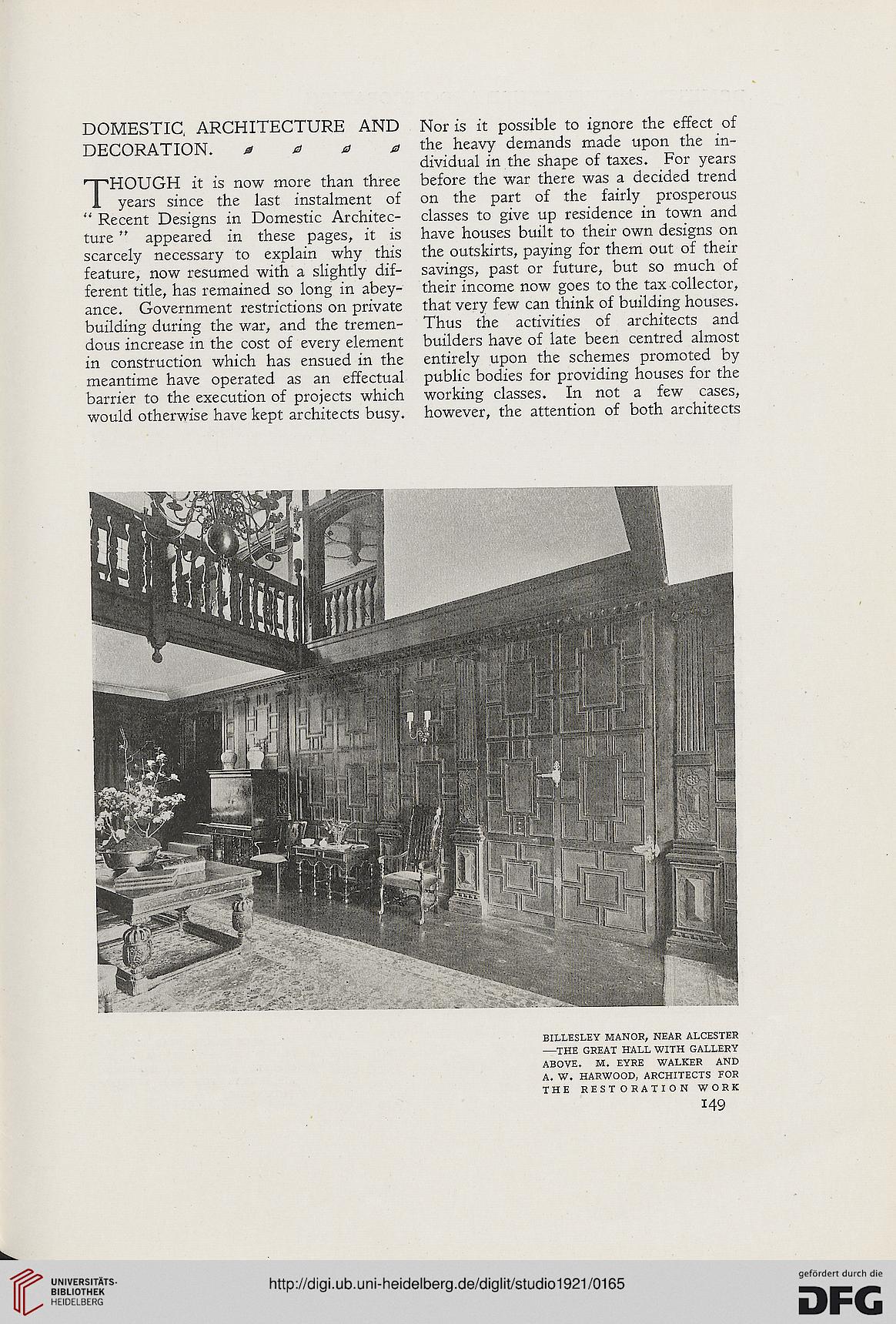 THOUGH it is now more than three
years since the last instalment of
" Recent Designs in Domestic Architec-
ture " appeared in these pages, it is
scarcely necessary to explain why this
feature, now resumed with a slightly dif-
ferent title, has remained so long in abey-
ance. Government restrictions on private
building during the war, and the tremen-
dous increase in the cost of every element
in construction which has ensued in the
meantime have operated as an effectual
barrier to the execution of projects which
would otherwise have kept architects busy.

Nor is it possible to ignore the effect of
the heavy demands made upon the in-
dividual in the shape of taxes. For years
before the war there was a decided trend
on the part of the fairly prosperous
classes to give up residence in town and
have houses built to their own designs on
the outskirts, paying for them out of their
savings, past or future, but so much of
their income now goes to the tax collector,
that very few can think of building houses.
Thus the activities of architects and
builders have of late been centred almost
entirely upon the schemes promoted by
public bodies for providing houses for the
working classes. In not a few cases,
however, the attention of both architects

-THE GREAT HALL WITH GALLERY

ABOVE. M. EYRE WALKER AND
A. W. HARWOOD, ARCHITECTS FOR
THE RESTORATION WORK