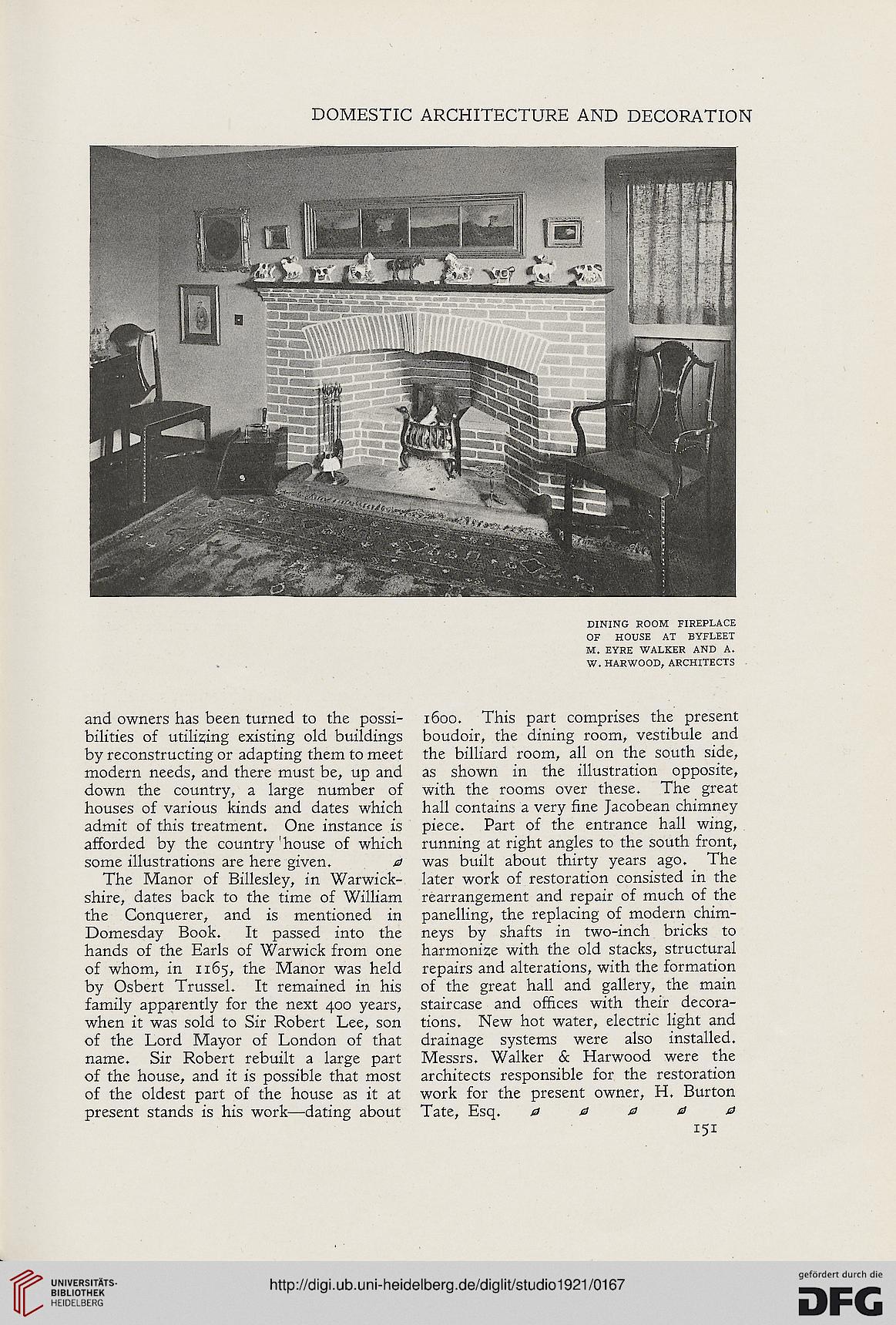 and owners has been turned to the possi-
bilities of utilising existing old buildings
by reconstructing or adapting them to meet
modern needs, and there must be, up and
down the country, a large number of
houses of various kinds and dates which
admit of this treatment. One instance is
afforded by the country 'house of which
some illustrations are here given. 0
The Manor of Billesley, in Warwick-
shire, dates back to the time of William
the Conquerer, and is mentioned in
Domesday Book. It passed into the
hands of the Earls of Warwick from one
of whom, in 1165, the Manor was held
by Osbert Trussel. It remained in his
family apparently for the next 400 years,
when it was sold to Sir Robert Lee, son
of the Lord Mayor of London of that
name. Sir Robert rebuilt a large part
of the house, and it is possible that most
of the oldest part of the house as it at
present stands is his work—dating about

1600. This part comprises the present
boudoir, the dining room, vestibule and
the billiard room, all on the south side,
as shown in the illustration opposite,
with the rooms over these. The great
hall contains a very fine Jacobean chimney
piece. Part of the entrance hall wing,
running at right angles to the south front,
was built about thirty years ago. The
later work of restoration consisted in the
rearrangement and repair of much of the
panelling, the replacing of modern chim-
neys by shafts in two-inch bricks to
harmonise with the old stacks, structural
repairs and alterations, with the formation
of the great hall and gallery, the main
staircase and offices with their decora-
tions. New hot water, electric light and
drainage systems were also installed.
Messrs. Walker & Harwood were the
architects responsible for the restoration
work for the present owner, H. Burton
Tate, Esq. 00000