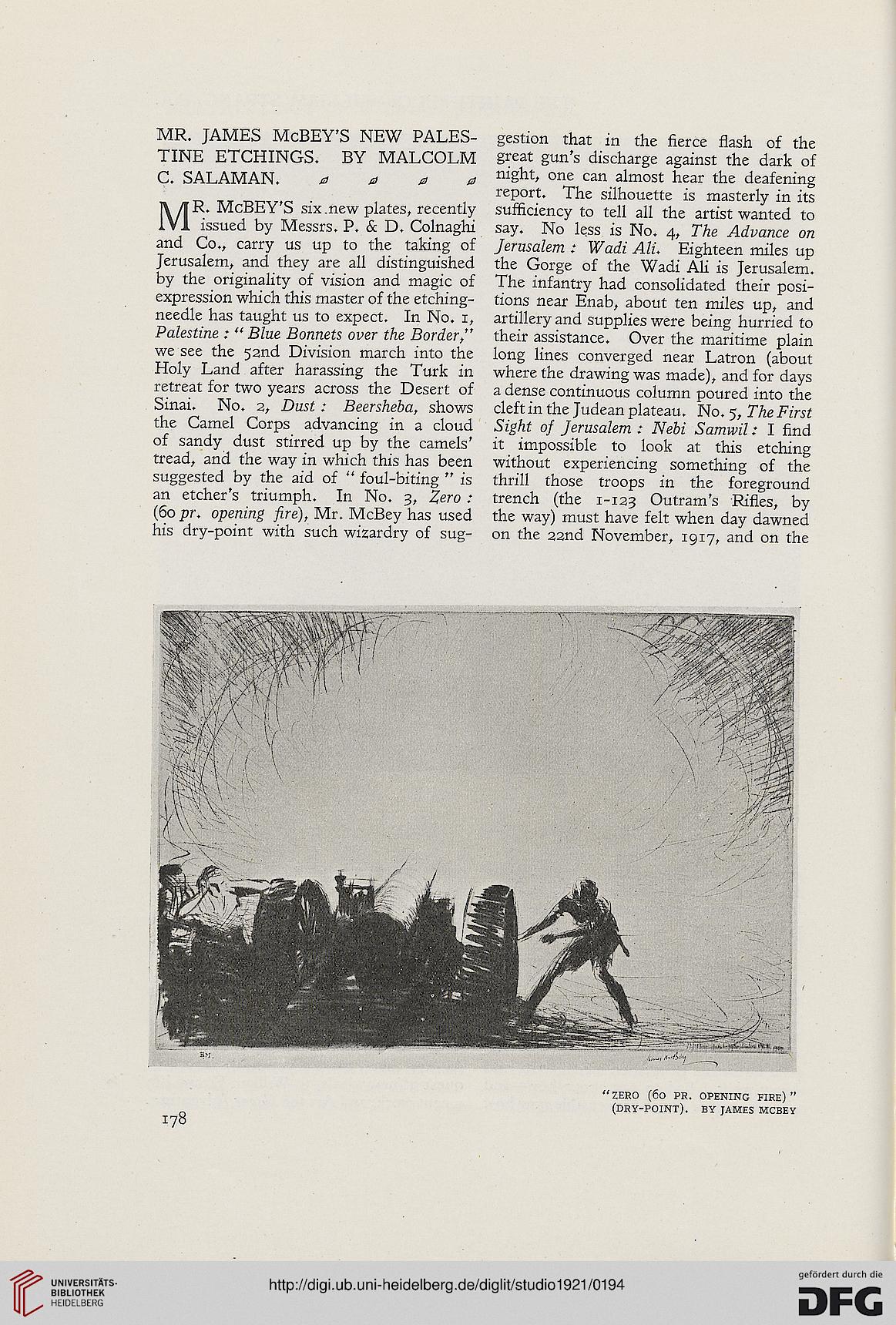 Information about OCR text
MR. JAMES McBEY'S NEW PALES- gestion that in the fierce flash of the

TINE ETCHINGS. BY MALCOLM great gun's discharge against the dark of

C. SALAMAN. 0000 niSht' one can almost hear the deafening

report. The silhouette is masterly in its

MR. McBEY'S six.new plates, recently sufficiency to tell all the artist wanted to

and Co., carry us up to the taking of Jerusalem : Wadi Alt Eighteen miles up

Jerusalem, and they are all distinguished the Gorge of the Wadi Ali is Jerusalem,

expression which this master of the etching- tions near Enab, about ten miles up, and

needle has taught us to expect. In No. 1, artillery and supplies were being hurried to

Palestine : "Blue Bonnets over the Border" their assistance. Over the maritime plain

Holy Land after harassing the Turk in where the drawing was made), and for days

the Camel Corps advancing in a cloud Sight of Jerusalem : Nebi Samwil: I find

tread, and the way in which this has been without experiencing something of the

(60 pr. opening fire), Mr. McBey has used the way) must have felt when day dawned