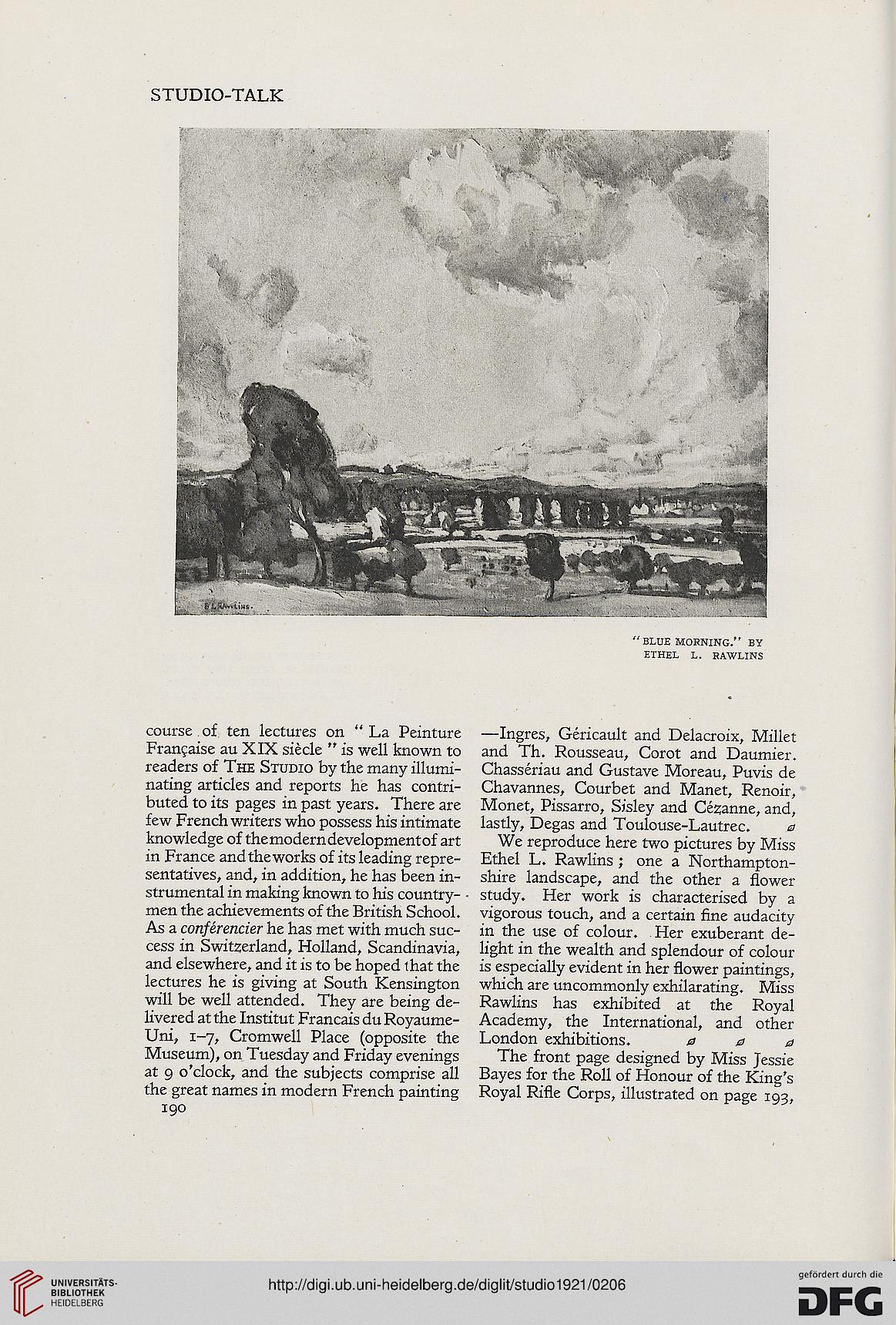 course of ten lectures on "La Peinture
Francaise au XIX siecle " is well known to
readers of The Studio by the many illumi-
nating articles and reports he has contri-
buted to its pages in past years. There are
few French writers who possess his intimate
knowledge of themoderndevelopmentof art
in France and the works of its leading repre-
sentatives, and, in addition, he has been in-
strumental in making known to his country-
men the achievements of the British School.
As a conferencier he has met with much suc-
cess in Switzerland, Holland, Scandinavia,
and elsewhere, and it is to be hoped lhat the
lectures he is giving at South Kensington
will be well attended. They are being de-
livered at the Institut Francais du Royaume-
Uni, 1-7, Cromwell Place (opposite the
Museum), on Tuesday and Friday evenings
at 9 o'clock, and the subjects comprise all
the great names in modern French painting
190

We reproduce here two pictures by Miss
Ethel L. Rawlins ; one a Northampton-
shire landscape, and the other a flower
study. Her work is characterised by a
vigorous touch, and a certain fine audacity
in the use of colour. Her exuberant de-
light in the wealth and splendour of colour
is especially evident in her flower paintings,
which are uncommonly exhilarating. Miss
Rawlins has exhibited at the Royal
Academy, the International, and other
London exhibitions. a a a

The front page designed by Miss Jessie
Bayes for the Roll of Honour of the King's
Royal Rifle Corps, illustrated on page 193,