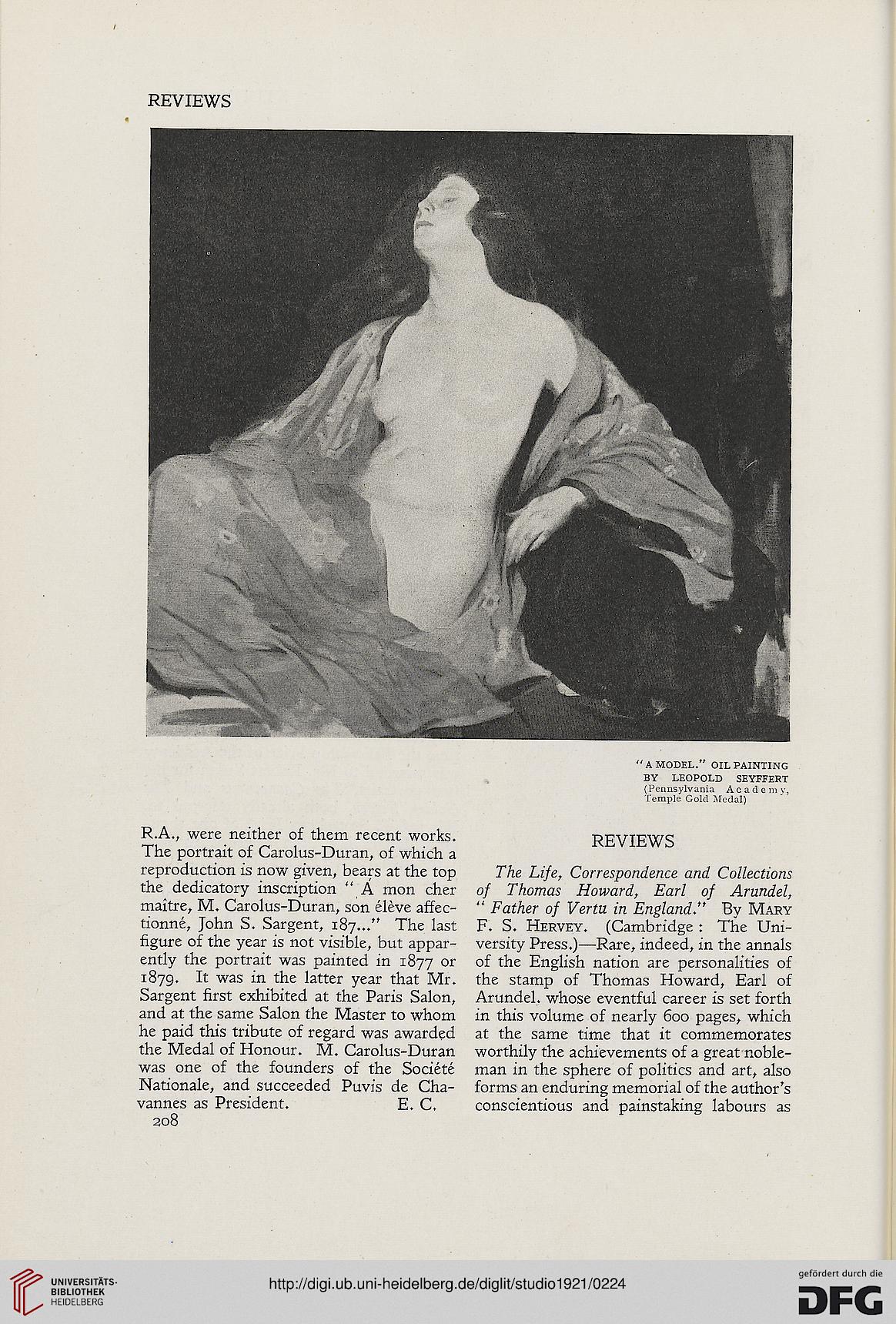 R.A., were neither of them recent works. REVIEWS
The portrait of Carolus-Duran, of which a

reproduction is now given, bears at the top The Life, Correspondence and Collections
the dedicatory inscription " A mon cher of Thomas Howard, Earl of Arundel,
maitre, M. Carolus-Duran, son eleve affec- " Father of Vertu in England." By Mary
tionne, John S. Sargent, 187..." The last F. S. Hervey. (Cambridge : The Uni-
figure of the year is not visible, but appar- versity Press.)—Rare, indeed, in the annals
ently the portrait was painted in 1877 or of the English nation are personalities of
1879. It was in the latter year that Mr. the stamp of Thomas Howard, Earl of
Sargent first exhibited at the Paris Salon, Arundel, whose eventful career is set forth
and at the same Salon the Master to whom in this volume of nearly 600 pages, which
he paid this tribute of regard was awarded at the same time that it commemorates
the Medal of Honour. M. Carolus-Duran worthily the achievements of a great noble-
was one of the founders of the Societe man in the sphere of politics and art, also
Nationale, and succeeded Puvis de Cha- forms an enduring memorial of the author's
vannes as President. E. C. conscientious and painstaking labours as