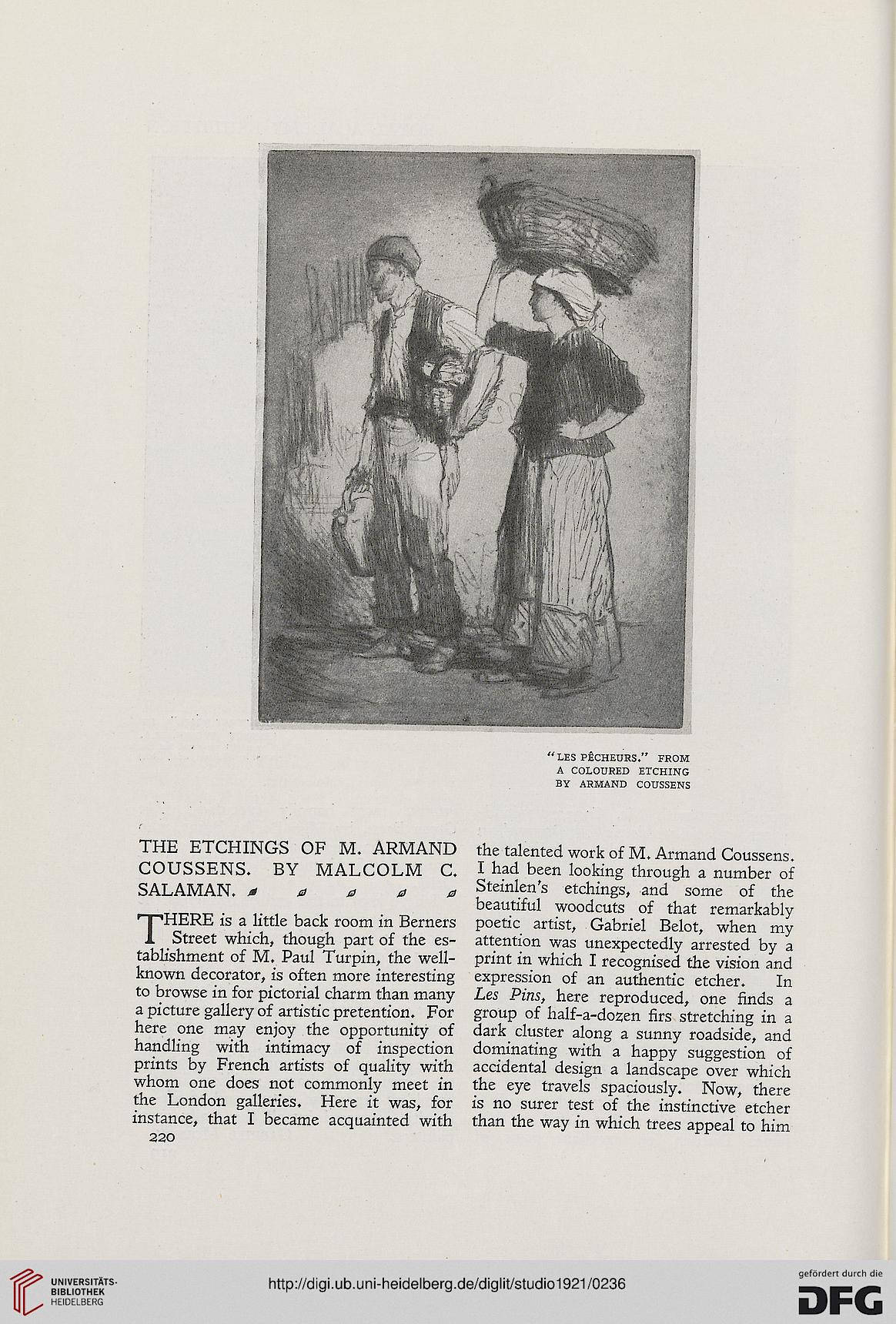 Information about OCR text
"LES PECHEURS." FROM
A COLOURED ETCHING
BY ARMAND COUSSENS

THE ETCHINGS OF M. ARMAND
COUSSENS. BY MALCOLM C.
SALAMAN. 00000

THERE is a little back room in Berners
Street which, though part of the es-
tablishment of M. Paul Turpin, the well-
known decorator, is often more interesting
to browse in for pictorial charm than many
a picture gallery of artistic pretention. For
here one may enjoy the opportunity of
handling with intimacy of inspection
prints by French artists of quality with
whom one does not commonly meet in
the London galleries. Here it was, for
instance, that I became acquainted with
220

the talented work of M. Armand Coussens.
I had been looking through a number of
Steinlen's etchings, and some of the
beautiful woodcuts of that remarkably
poetic artist, Gabriel Belot, when my
attention was unexpectedly arrested by a
print in which I recognised the vision and
expression of an authentic etcher. In
Les Pins, here reproduced, one finds a
group of half-a-dozen firs stretching in a
dark cluster along a sunny roadside, and
dominating with a happy suggestion of
accidental design a landscape over which
the eye travels spaciously. Now, there
is no surer test of the instinctive etcher
than the way in which trees appeal to him