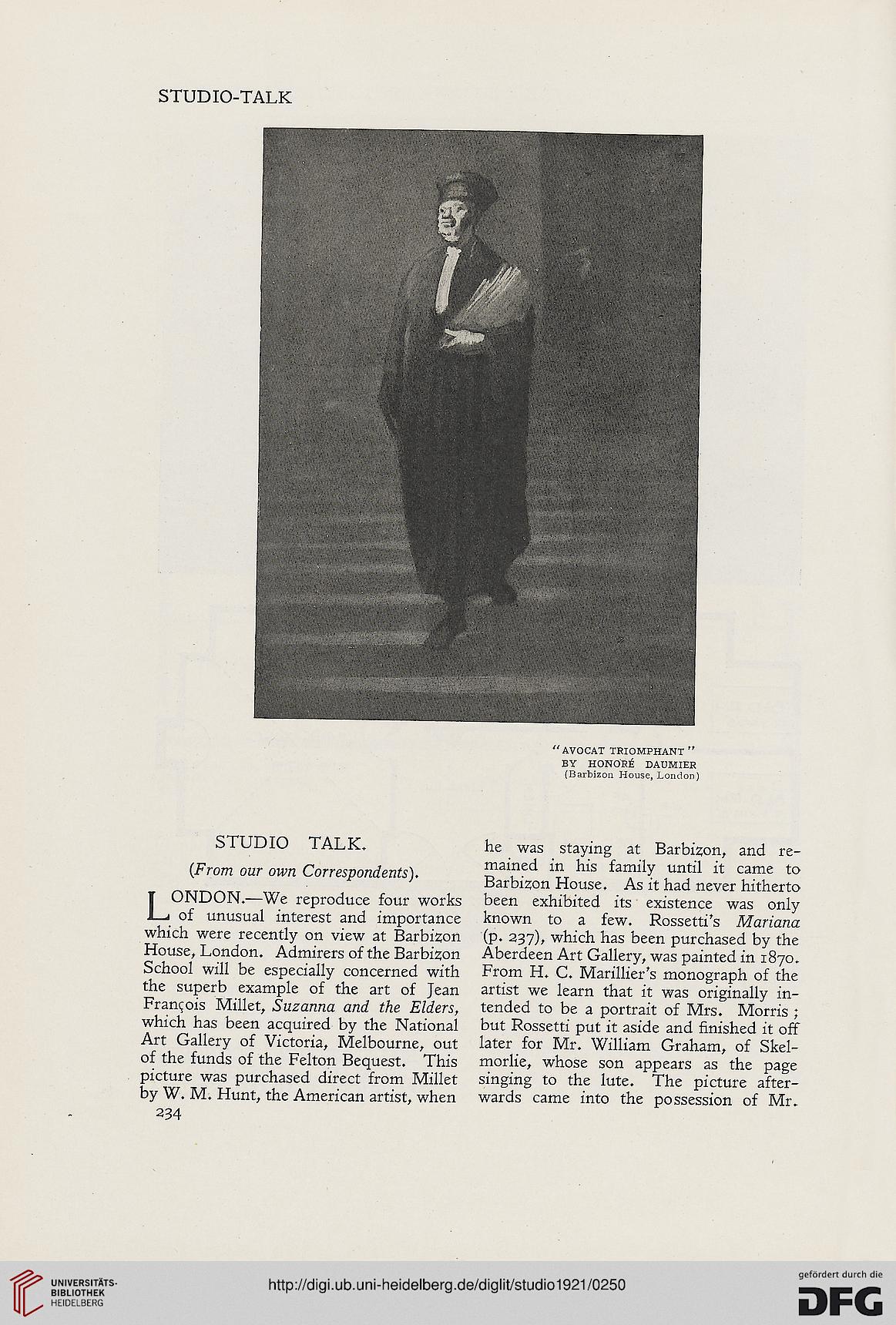 STUDIO TALK.
{From our own Correspondents).

LONDON.—We reproduce four works
of unusual interest and importance
which were recently on view at Barbizon
House, London. Admirers of the Barbizon
School will be especially concerned with
the superb example of the art of Jean
Francois Millet, Suzanna and the Elders,
which has been acquired by the National
Art Gallery of Victoria, Melbourne, out
of the funds of the Felton Bequest. This
picture was purchased direct from Millet
by W. M. Hunt, the American artist, when
234

he was staying at Barbizon, and re-
mained in his family until it came to
Barbizon House. As it had never hitherto
been exhibited its existence was only
known to a few. Rossetti's Mariana
(p. 237), which has been purchased by the
Aberdeen Art Gallery, was painted in 1870.
From H. C. Marillier's monograph of the
artist we learn that it was originally in-
tended to be a portrait of Mrs. Morris ;
but Rossetti put it aside and finished it off
later for Mr. William Graham, of Skel-
morlie, whose son appears as the page
singing to the lute. The picture after-
wards came into the possession of Mr.