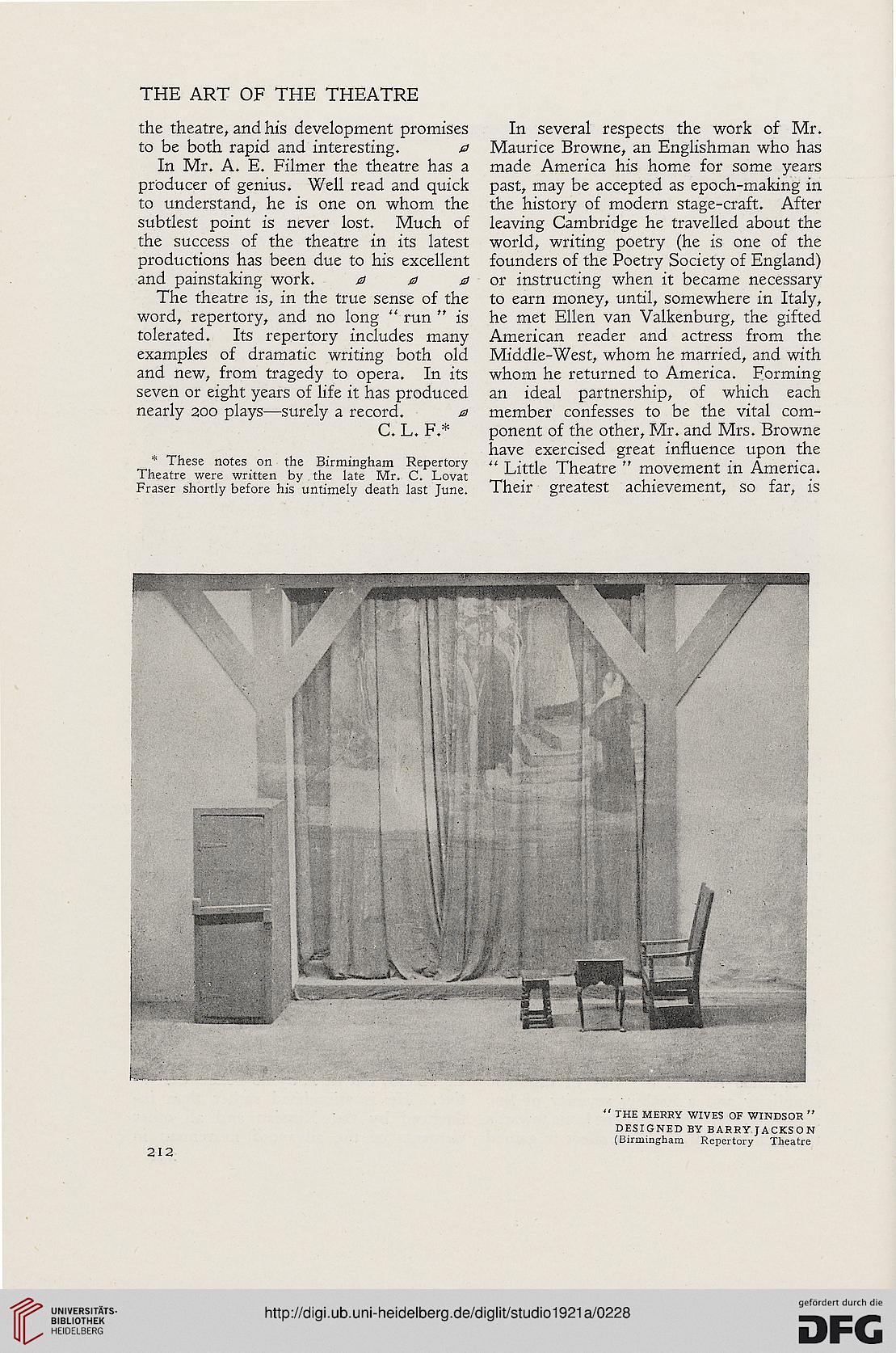 Information about OCR text
THE ART OF THE THEATRE

In several respects the work of Mr.
Maurice Browne, an Englishman who has
made America his home for some years
past, may be accepted as epoch-making in
the history of modern stage-craft. After
leaving Cambridge he travelled about the
world, writing poetry (he is one of the
founders of the Poetry Society of England)
or instructing when it became necessary
to earn money, until, somewhere in Italy,
he met Ellen van Valkenburg, the gifted
American reader and actress from the
Middle-West, whom he married, and with
whom he returned to America. Forming
an ideal partnership, of which each
member confesses to be the vital com-
ponent of the other, Mr. and Mrs. Browne
have exercised great influence upon the
" Little Theatre " movement in America.
Their greatest achievement, so far, is

the theatre, and his development promises
to be both rapid and interesting. 0

In Mr. A. E. Filmer the theatre has a
producer of genius. Well read and quick
to understand, he is one on whom the
subtlest point is never lost. Much of
the success of the theatre in its latest
productions has been due to his excellent
and painstaking work. a a 0

The theatre is, in the true sense of the
word, repertory, and no long " run " is
tolerated. Its repertory includes many
examples of dramatic writing both old
and new, from tragedy to opera. In its
seven or eight years of life it has produced
nearly 200 plays—surely a record. a

* These notes on the Birmingham Repertory
Theatre were written by the late Mr. C. Lovat
Fraser shortly before his untimely death last June.

" THE MERRY WIVES OF WINDSOR "
DESIGNED BY BARRY JACKSON