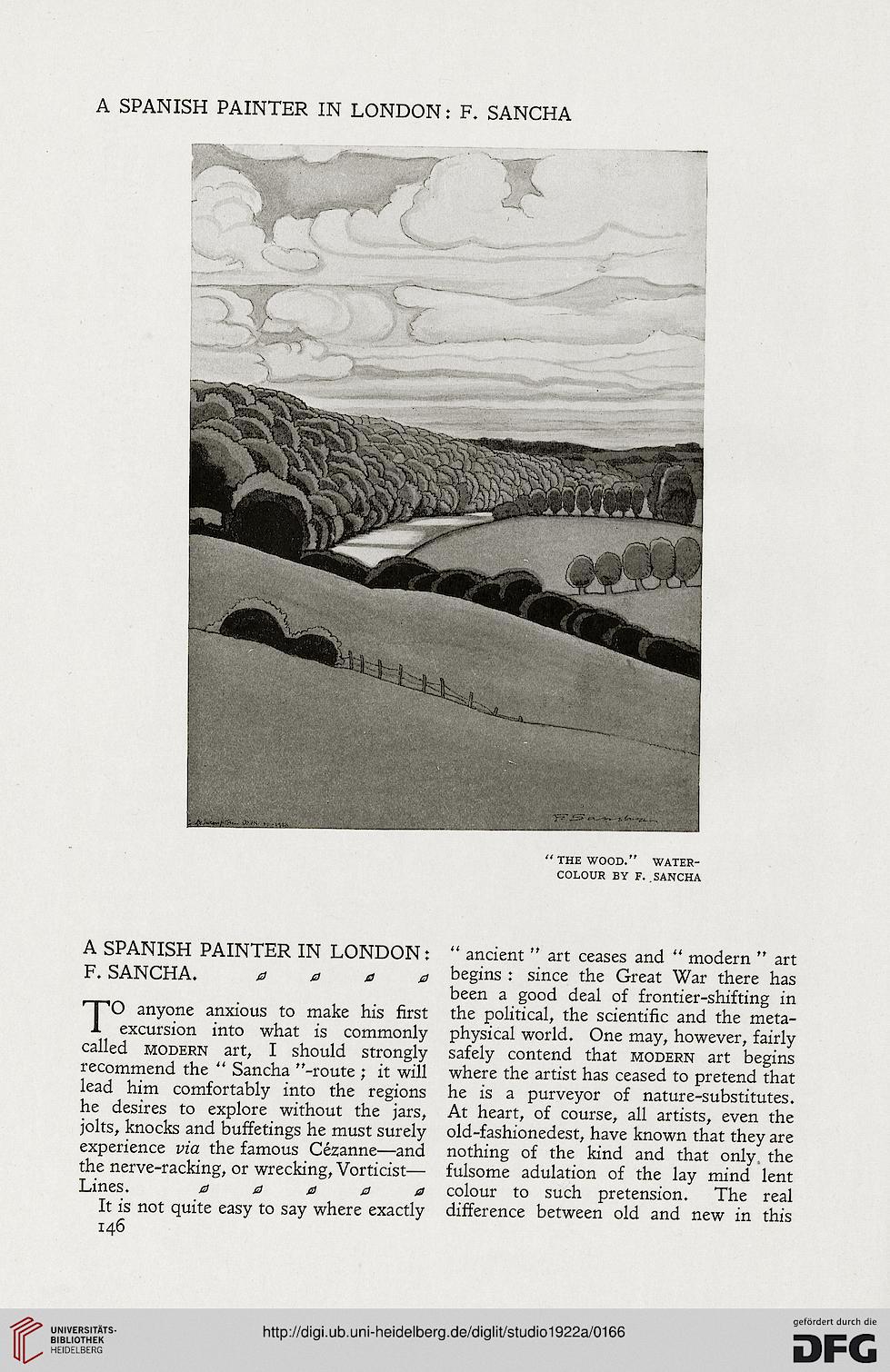 A SPANISH PAINTER IN LONDON:
F. SANCHA. a a a a

TO anyone anxious to make his first
excursion into what is commonly
called modern art, I should strongly
recommend the " Sancha "-route ; it will
lead him comfortably into the regions
he desires to explore without the jars,
jolts, knocks and bufferings he must surely
experience via the famous Cezanne—and
the nerve-racking, or wrecking, Vorticist—
Lines. 0 a a a a

It is not quite easy to say where exactly
146

" ancient " art ceases and " modern " art
begins : since the Great War there has
been a good deal of frontier-shifting in
the political, the scientific and the meta-
physical world. One may, however, fairly
safely contend that modern art begins
where the artist has ceased to pretend that
he is a purveyor of nature-substitutes.
At heart, of course, all artists, even the
old-fashionedest, have known that they are
nothing of the kind and that only the
fulsome adulation of the lay mind lent
colour to such pretension. The real
difference between old and new in this