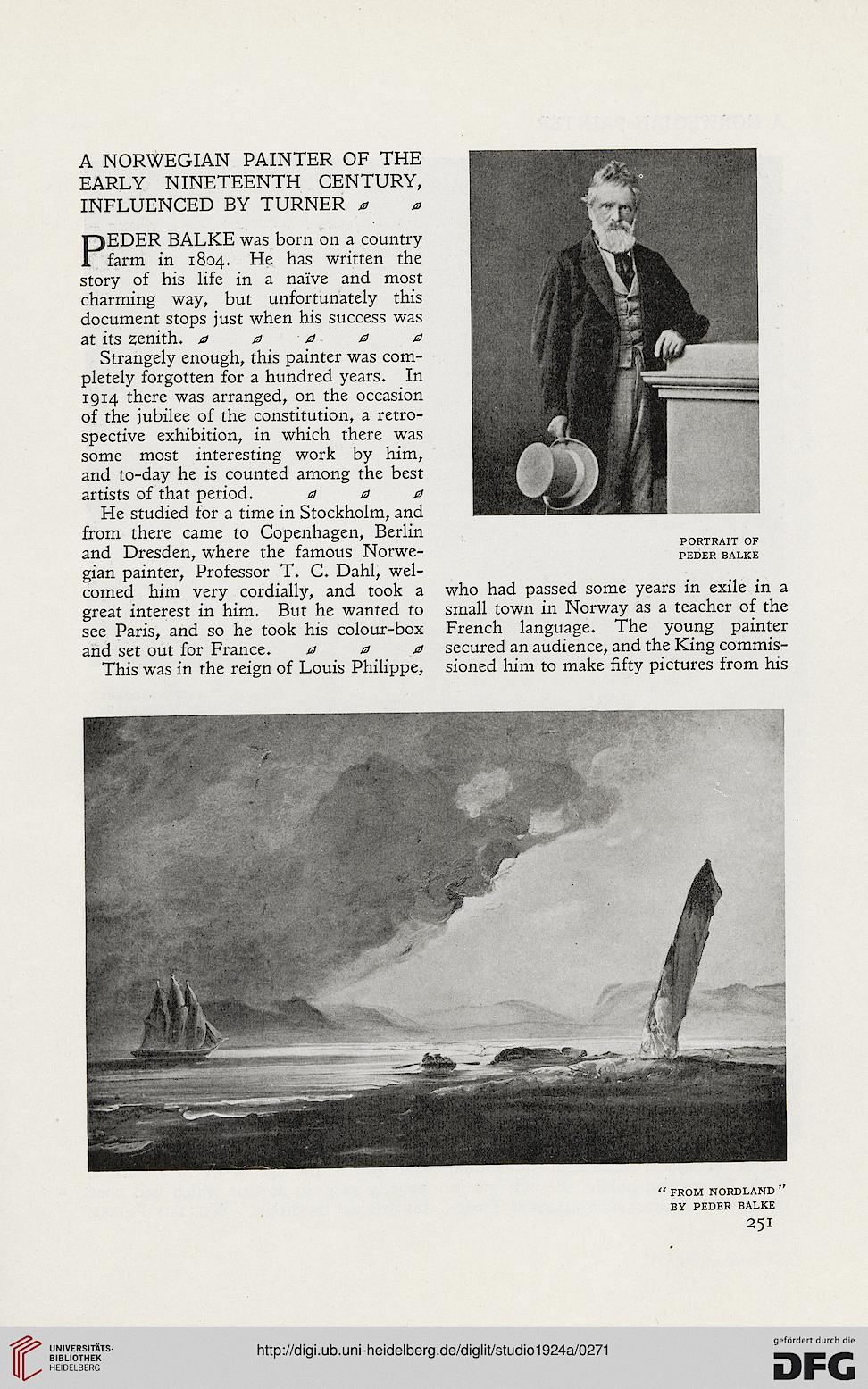 Information about OCR text
A NORWEGIAN PAINTER OF THE
EARLY NINETEENTH CENTURY,
INFLUENCED BY TURNER a 0

PEDER BALKE was born on a country
farm in 1804. He has written the
story of his life in a naive and most
charming way, but unfortunately this
document stops just when his success was
at its zenith, 0 0 0 0 0
Strangely enough, this painter was com-
pletely forgotten for a hundred years. In
1914 there was arranged, on the occasion
of the jubilee of the constitution, a retro-
spective exhibition, in which there was
some most interesting work by him,
and to-day he is counted among the best
artists of that period. 000
He studied for a time in Stockholm, and
from there came to Copenhagen, Berlin
and Dresden, where the famous Norwe-
gian painter, Professor T. C. Dahl, wel-
comed him very cordially, and took a
great interest in him. But he wanted to
see Paris, and so he took his colour-box
and set out for France. 000
This was in the reign of Louis Philippe,

who had passed some years in exile in a
small town in Norway as a teacher of the
French language. The young painter
secured an audience, and the King commis-
sioned him to make fifty pictures from his