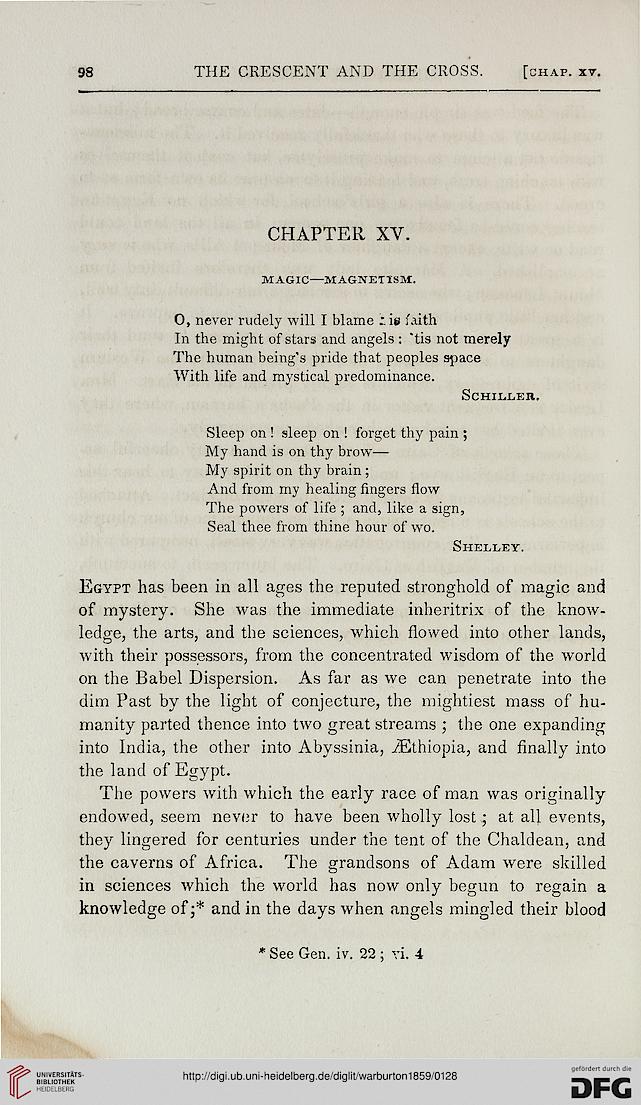 0, never rudely will I blame :.ie faith
In the might of stars and angels : "tis not merely
The human being's pride that peoples space
With life and mystical predominance.

My hand is on thy brow—

My spirit on thy brain ;

And from my healing fingers flow

Seal thee from thine hour of wo.

Egypt has been in all ages the reputed stronghold of magic and
of mystery. She was the immediate inheritrix of the know-
ledge, the arts, and the sciences, which flowed into other lands,
with their possessoi's, from the concentrated wisdom of the world
on the Babel Dispersion. As far as we can penetrate into the
dim Past by the light of conjecture, the mightiest mass of hu-
manity parted thence into two great streams ; the one expanding
into India, the other into Abyssinia, /Ethiopia, and finally into
the land of Egypt.

The powers with which the early race of man was originally
endowed, seem never to have been wholly lost; at all events,
they lingered for centuries under the tent of the Chaldean, and
the caverns of Africa. The grandsons of Adam were skilled
in sciences which the world has now only begun to regain a
knowledge of ;* and in the days when angels mingled their blood