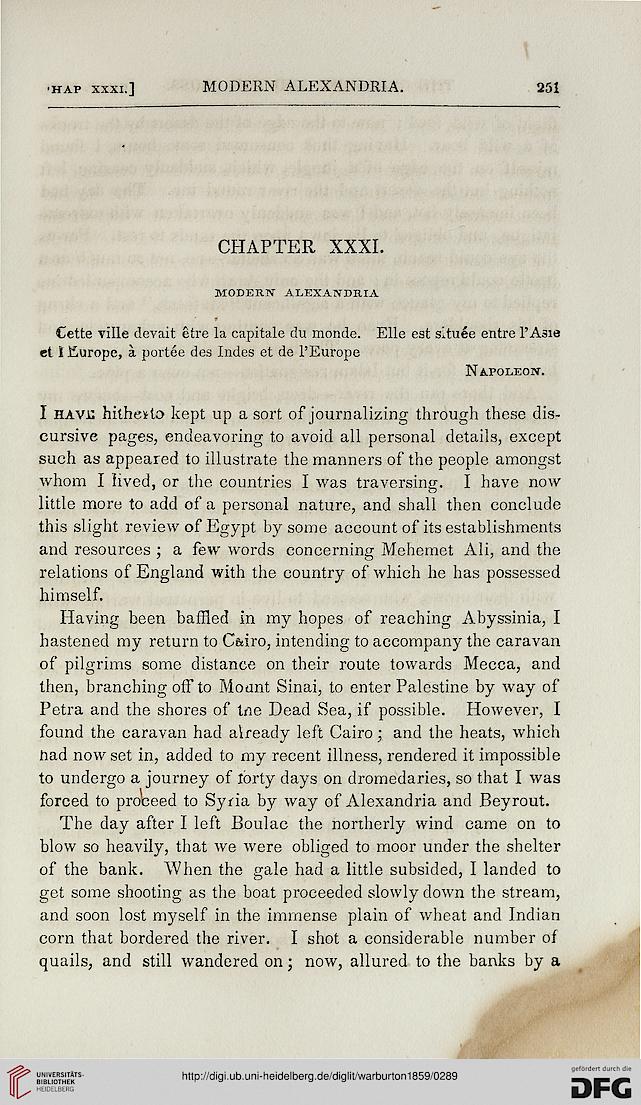 I havu hitherto kept up a sort of journalizing through these dis-
cursive pages, endeavoring to avoid all personal details, except
such as appeared to illustrate the manners of the people amongst
whom I lived, or the countries I was traversing. I have now
little more to add of a personal nature, and shall then conclude
this slight review of Egypt by some account of its establishments
and resources ; a few words concerning Mehemet Ali, and the
relations of England with the country of which he has possessed
himself.

Having been baffled in my hopes of reaching Abyssinia, I
hastened my return to Cfciro, intending to accompany the caravan
of pilgrims some distance on their route towards Mecca, and
then, branching off to Mount Sinai, to enter Palestine by way of
Petra and the shores of tne Dead Sea, if possible. However, I
found the caravan had already left Cairo; and the heats, which
had now set in, added to my recent illness, rendered it impossible
to undergo a journey of lorty days on dromedaries, so that I was
forced to proceed to Syria by way of Alexandria and Beyrout.

The day after I left Boulac the northerly wind came on to
blow so heavily, that we were obliged to moor under the shelter
of the bank. When the gale had a little subsided, I landed to
get some shooting as the boat proceeded slowly down the stream,
and soon lost myself in the immense plain of wheat and Indian
corn that bordered the river. I shot a considerable number of
quails, and still wandered on; now, allured to the banks by a