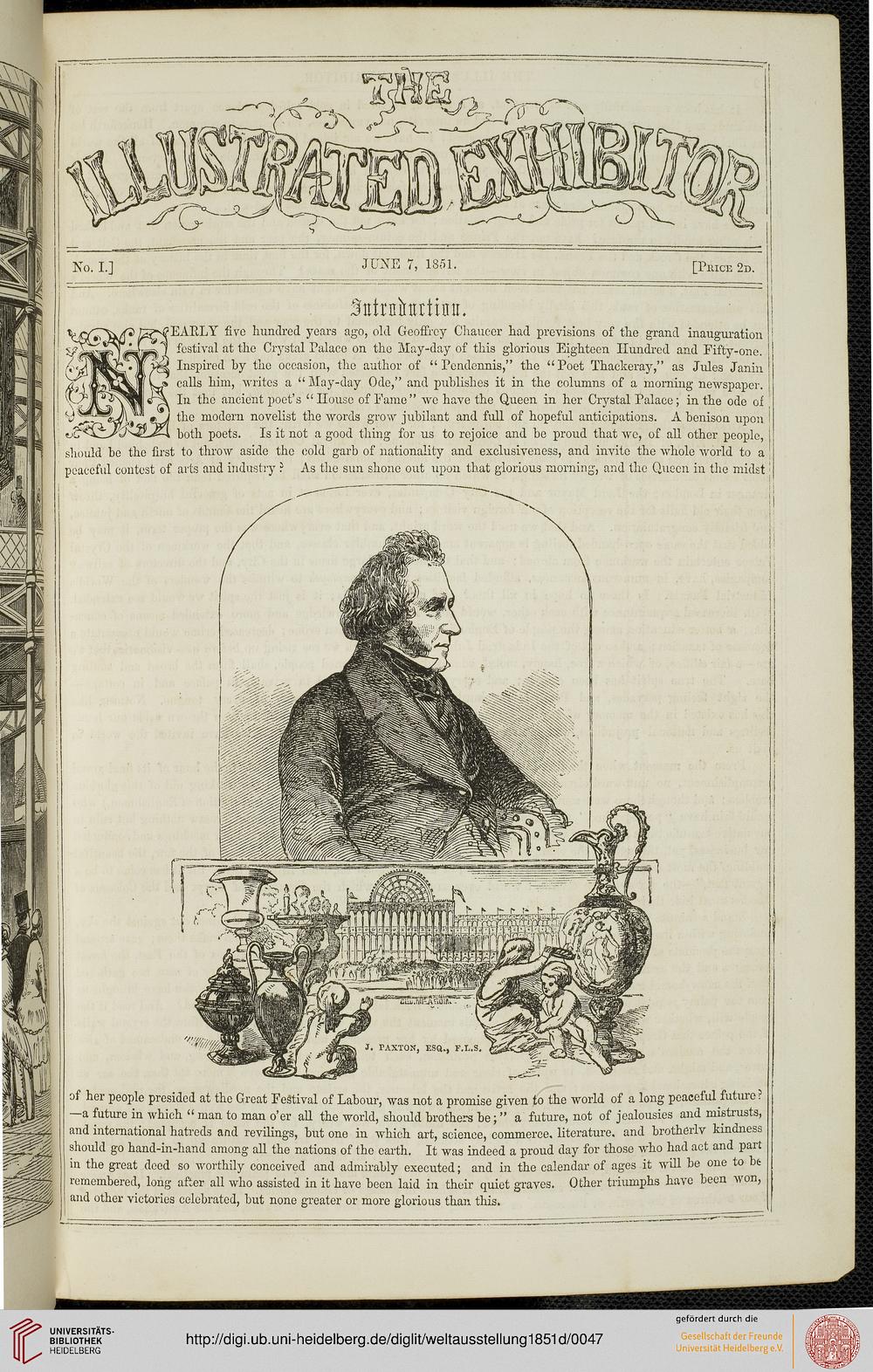 :EAKLY five hundred years ago, old Geoffrey Chaucer had previsions of the grand inauguration
festival at the Crystal Palace on the May-day of this glorious Eighteen Hundred and Fifty-one.
Inspired hy the occasion, the author of " Pendennis," the "Poet Thackeray," as Jules Janin
calls him, writes a " May-day Ode," and publishes it in the columns of a morning newspaper.
In the ancient poet's "House of Fame" we have the Queen in her Crystal Palace; in the ode of
the modern novelist the words grow jubilant and full of hopeful anticipations. A benison upon
both poets. Is it not a good thing for us to rejoice and be proud that we, of all other people,
should be the first to throw aside the cold garb of nationality and exclusiveness, and invito the whole world to a
peaceful contest of arts and industry ? As the sun shone out upon that glorious morning, and the Queen in the midst

of her people presided at the Great Festival of Labour, was not a promise given to the world of a long peaceful future?
—a future in which " man to man o'er all the world, should brothers be;" a future, not of jealousies and mistrusts,
and international hatreds and revilings, but one in which art, science, commerce, literature, and brotherlv kindness
should go hand-in-hand among all the nations of the earth. It was indeed a proud day for those who had act and part
in the great deed so worthily conceived and admirably executed; and in the calendar of ages it will be one to bt
remembered, long after all who assisted in it have been laid in their quiet graves. Other triumphs have been won,
and other victories celebrated, but none greater or more glorious than this.