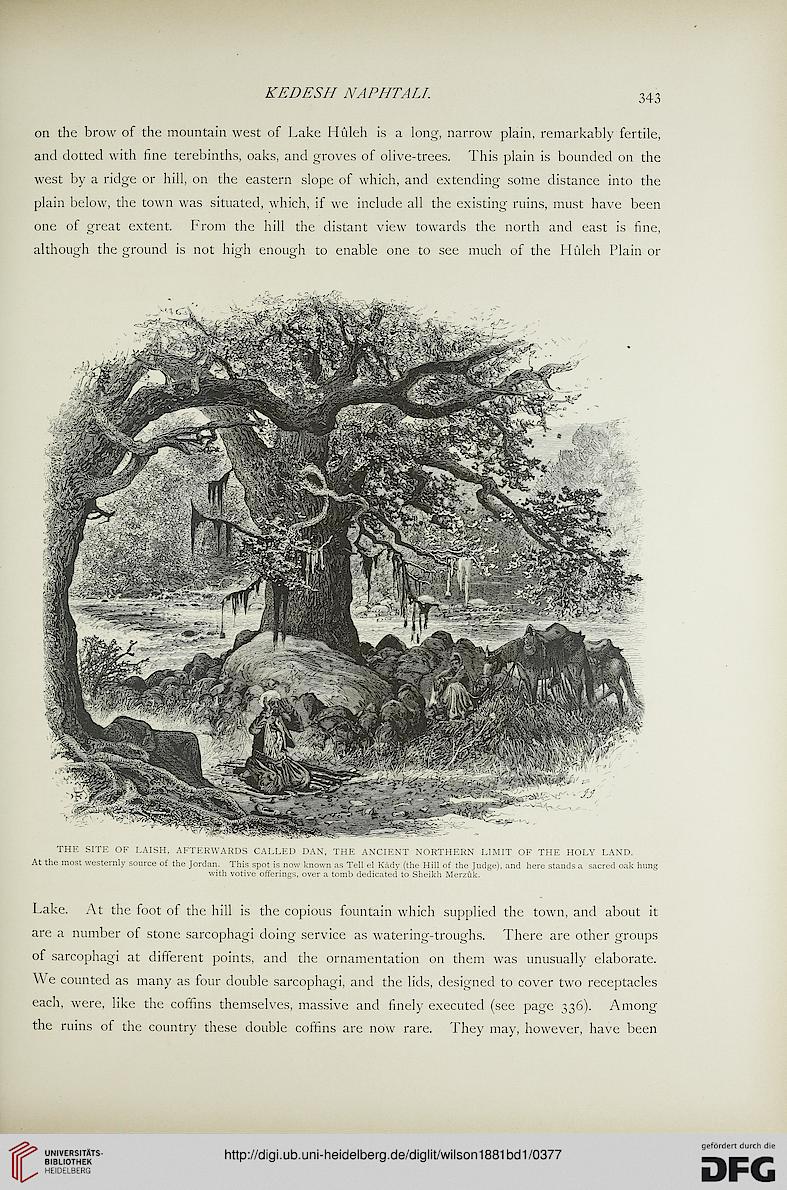 on the brow of the mountain west of Lake Hiileh is a long, narrow plain, remarkably fertile,
and dotted with fine terebinths, oaks, and groves of olive-trees. This plain is bounded on the
west by a ridge or hill, on the eastern slope of which, and extending some distance into the
plain below, the town was situated, which, if we include all the existing ruins, must have been
one of great extent. From the hill the distant view towards the north and east is fine,
although the around js not hiah enough to enable one to see much of the Huleh Plain or

THE SITE OF LAISH, AFTERWARDS CALLED DAN, THE ANCIENT NORTHERN LIMIT OF THE HOLY LAND.

At the most westernly source of the Jordan. This spot is now known as Tell el Kady (the Hill of the Judge), and here stands a sacred oak hung

with votive offerings, over a tomb dedicated to Sheikh Merzuk.

Lake, At the foot of the hill is the copious fountain which supplied the town, and about it
are a number of stone sarcophagi doing service as watering-troughs. There are other groups
of sarcophagi at different points, and the ornamentation on them was unusually elaborate.
We counted as many as four double sarcophagi, and the lids, designed to cover two receptacles
each, were, like the coffins themselves, massive and finely executed (see page 336). Among
the ruins of the country these double coffins are now rare. They may, however, have been