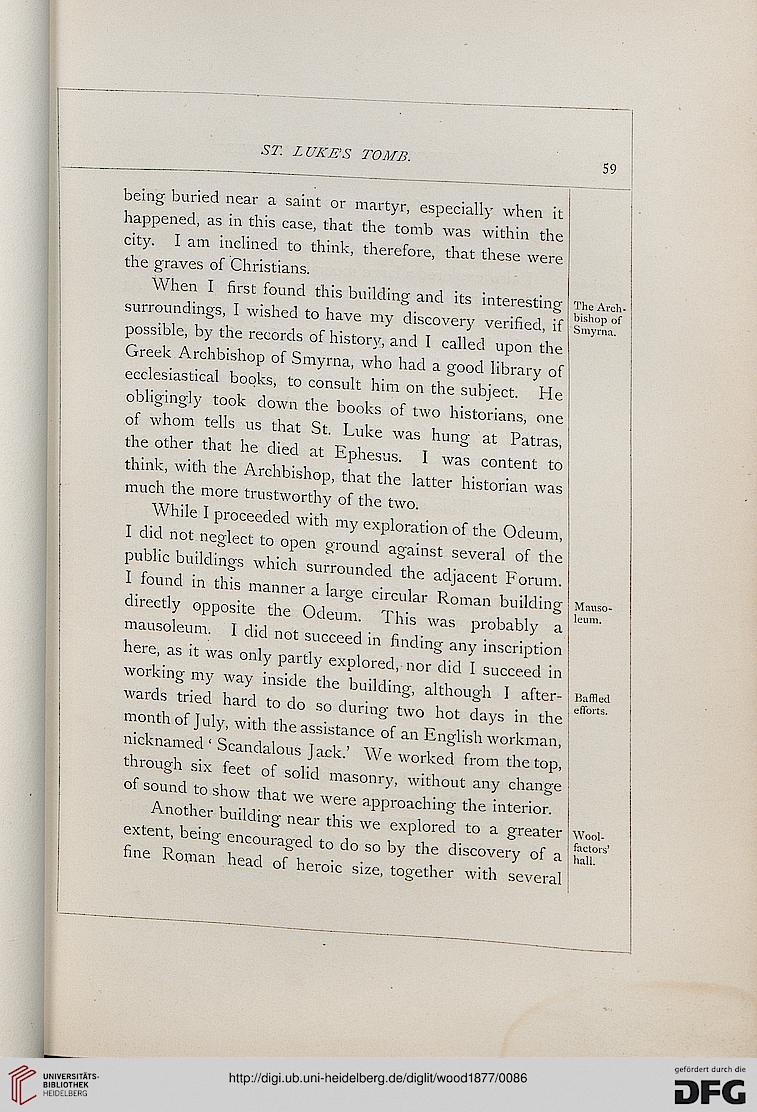 being buried near a saint or martyr, especially when it
happened, as in this case, that the tomb was within the
city. I am inclined to think, therefore, that these were
the graves of Christians.

When I first found this building and its interesting The Arch-!

surroundings, I wished to have my discovery verified, it Smyrna,
possible, by the records of history, and I called upon the
Greek Archbishop of Smyrna, who had a good library of
ecclesiastical books, to consult him on the subject. He
obligingly took down the books of two historians, one
of whom tells us that St. Luke was hung at Patras,
the other that he died at Ephesus. I was content to
think, with the Archbishop, that the latter historian was
much the more trustworthy of the two.

While I proceeded with my exploration of the Odeum,
I did not neglect to open ground against several of the
public buildings which surrounded the adjacent Forum.
I found in this manner a large circular Roman building
directly opposite the Odeum. This was probably a
mausoleum. I did not succeed in finding any inscription
here, as it was only partly explored, nor did I succeed in
working my way inside the building, although I after-
wards tried hard to do so during two hot clays in the
month of July, with the assistance of an English workman, |
nicknamed ' Scandalous Jack.' We worked from the top, j
through six feet of solid masonry, without any change j
of sound to show that we were approaching the interior.

Another building near this we explored to a greater!Wool

extent, being encouraged to do so by the discovery of a
fine Roman head of heroic size, together with several