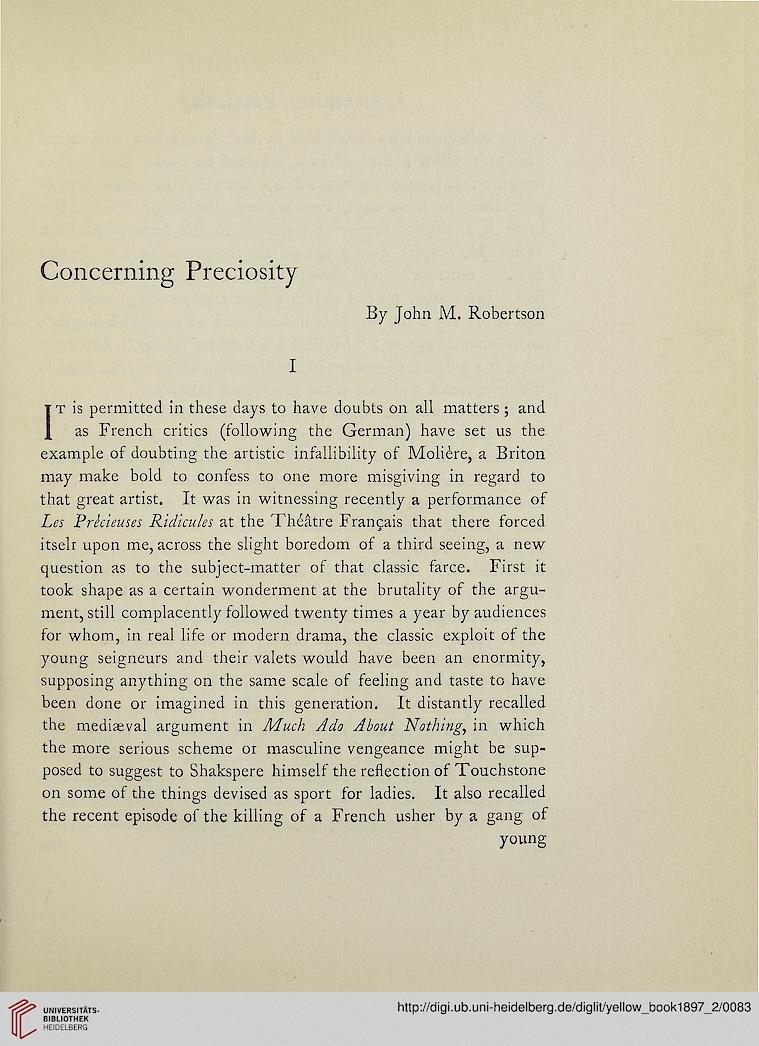 IT is permitted in these days to have doubts on all matters ; and
as French critics (following the German) have set us the
example of doubting the artistic infallibility of Molidre, a Briton
may make bold to confess to one more misgiving in regard to
that great artist. It was in witnessing recently a performance of
Les Prlcieuses Ridicules at the Thdatre Fran9ais that there forced
itselr upon me, across the slight boredom of a third seeing, a new
question as to the subject-matter of that classic farce. First it
took shape as a certain wonderment at the brutality of the argu-
ment, still complacently followed twenty times a year by audiences
for whom, in real life or modern drama, the classic exploit of the
young seigneurs and their valets would have been an enormity,
supposing anything on the same scale of feeling and taste to have
been done or imagined in this generation. It distantly recalled
the mediaeval argument in Much Ado About Nothing, in which
the more serious scheme or masculine vengeance might be sup-
posed to suggest to Shakspere himself the reflection of Touchstone
on some of the things devised as sport for ladies. It also recalled
the recent episode of the killing of a French usher by a gang of