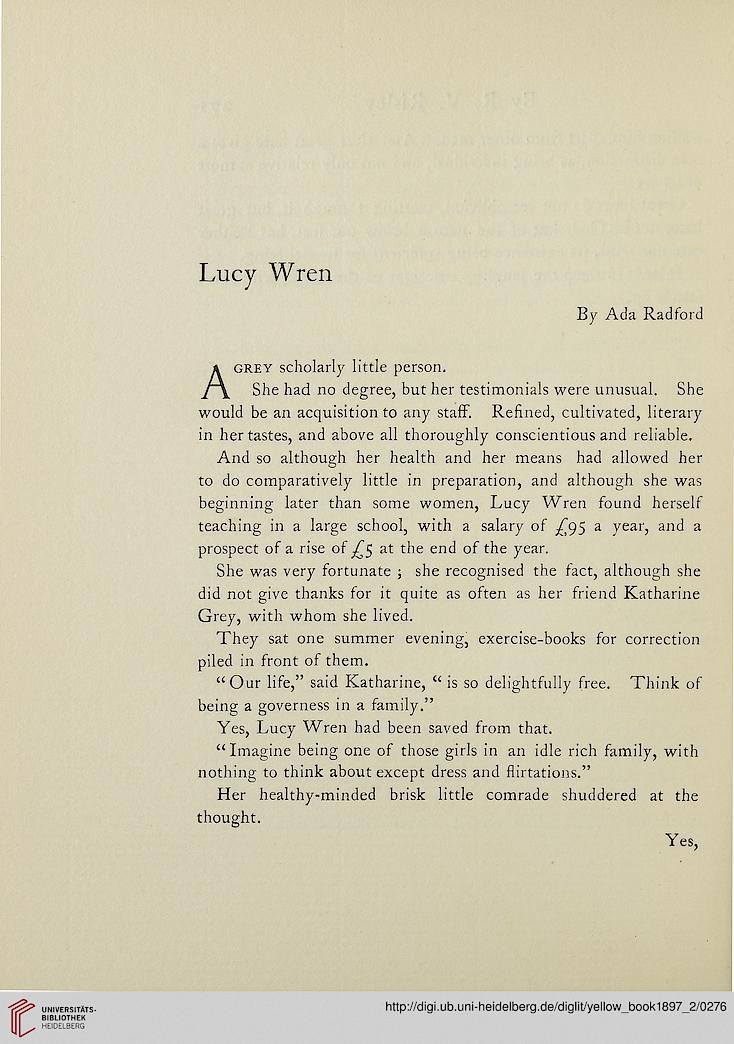 She had no degree, but her testimonials were unusual. She
would be an acquisition to any staff. Refined, cultivated, literary
in her tastes, and above all thoroughly conscientious and reliable.

And so although her health and her means had allowed her
to do comparatively little in preparation, and although she was
beginning later than some women, Lucy Wren found herself
teaching in a large school, with a salary of ^95 a year, and a
prospect of a rise of ^5 at the end of the year.

She was very fortunate ; she recognised the fact, although she
did not give thanks for it quite as often as her friend Katharine
Grey, with whom she lived.

They sat one summer evening, exercise-books for correction
piled in front of them.

“Our life,” said Katharine, “ is so delightfully free. Think of
being a governess in a family.”

Yes, Lucy Wren had been saved from that.

“Imagine being one of those girls in an idle rich family, with
nothing to think about except dress and flirtations.”

Her healthy-minded brisk little comrade shuddered at the
thought.