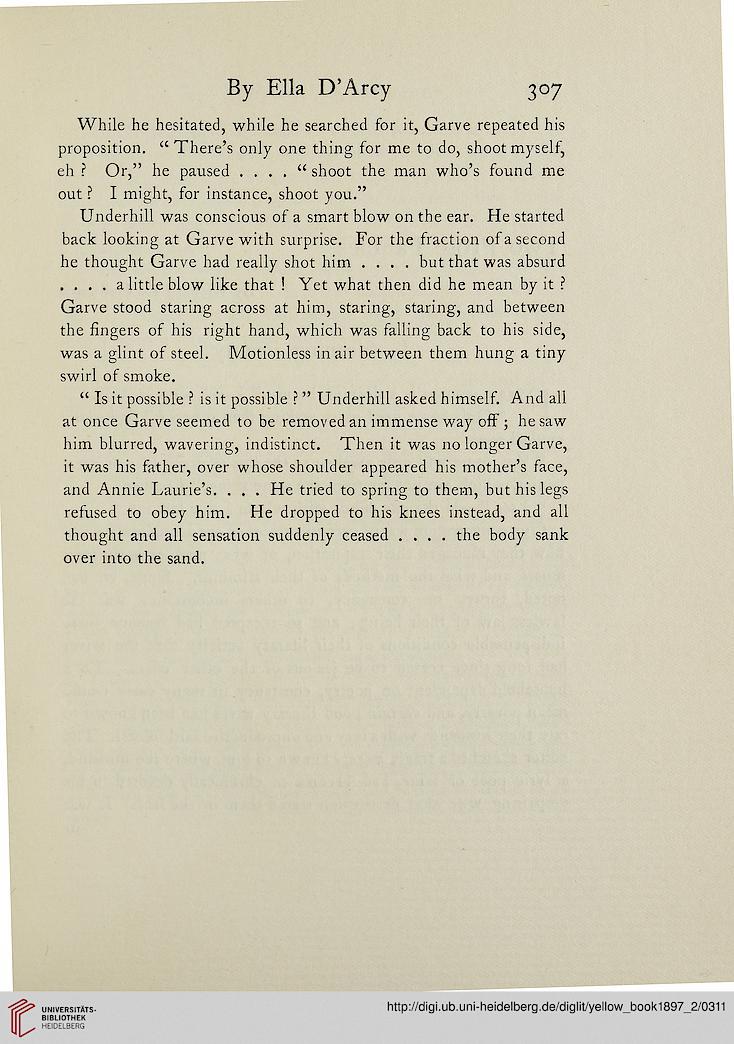 While he hesitated, while he searched for it, Garve repeated his
proposition. “There’s only one thing for me to do, shoot myself,
eh ? Or,” he paused . . . . “ shoot the man who’s found me
out ? I might, for instance, shoot you.”

Underhill was conscious of a smart blow on the ear. He started
back looking at Garve with surprise. For the fraction of a second
he thought Garve had really shot him .... but that was absurd
. . . . a little blow like that ! Yet what then did he mean by it ?
Garve stood staring across at him, staring, staring, and between
the fingers of his right hand, which was falling back to his side,
was a glint of steel. Motionless in air between them hung a tiny
swirl of smoke.

“ Is it possible ? is it possible ? ” Underhill asked himself. And all
at once Garve seemed to be removed an immense way off ; he saw
him blurred, wavering, indistinct. Then it was no longer Garve,
it was his father, over whose shoulder appeared his mother’s face,
and Annie Laurie’s. . . . He tried to spring to them, but his legs
refused to obey him. He dropped to his knees instead, and all
thought and all sensation suddenly ceased .... the body sank
over into the sand.