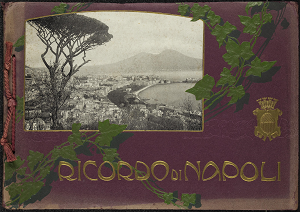 As part of the digital collection “Italian Art and Architecture”, digitised historical printed materials from the 16th to the early 20th century on Naples and Campania are gradually being made accessible here in open access.

The service is being created in the context of a current exhibition at the Zentralinstituts für Kunstgeschichte in Munic entitled “Naples and Campania. Books and Images of the Italian Paradise”..

The ancient and contemporary sights of Naples and Campania were the highlight of the Grand Tour. The cavalier tour to Italy was initially undertaken by European aristocrats and rich bourgeois from the 16th to the 19th century, before widespread tourism finally developed from the middle of the 20th century. 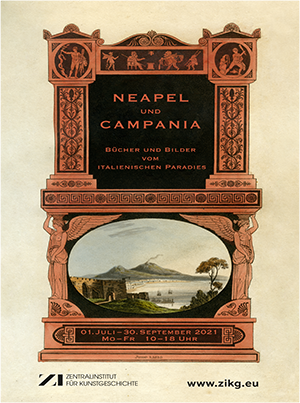 The obligatory program included (and still includes) not only the excellently preserved ancient remains from Pozzuoli to Paestum, the scenes of ancient mythology, but also the ruins of the cities of Pompeii, Herculaneum and Stabiae, which were buried by Vesuvius and rediscovered only in the 18th century. As early as the 19th century, the Real Museo Borbonico (now Museo Archeologico Nazionale di Napoli) presented the artifacts found there, alongside the spectacular Farnese collections, to the interested public.

The Munich exhibition shows what ideas, pipe dreams and content of knowledge were associated throughout Europe with the "Italian paradise" of Naples and Campania. On display are illustrated books, views, photographs and souvenirs from the 16th to the early 20th century, mainly from the holdings of the Zentralinstitut für Kunstgeschichte. Some of these and many more from Heidelberg UB's holdings can be viewed and browsed online here.

Under construction: The browsing and map entry allows you location-specific access to the digitized volumes on Naples and Campania. The thesaurus is based on the data from the GeoNames geographical database.

Questions, suggestions and criticism to