Travel Accounts from all over the World – digitized 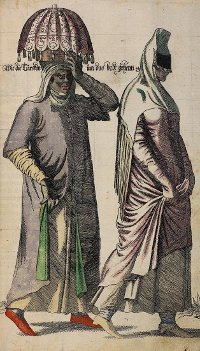 The historical collection of Heidelberg University Library also comprises a large number of travel accounts from the 16th to the late 19th century. These predominantly are by European researchers and interested lays, which mainly travelled through the Mediterranean and the Near East. Documentations and reports of journeys not only can be found in printed works but also in manuscripts and incunabula, of which the oldest are based on pilgrims to the Holy Land

Selected volumes from the collection comprising several hundred copies have been digitized, and are accessible online and free of charge. Where possible the fulltext of the accounts are made searchable.