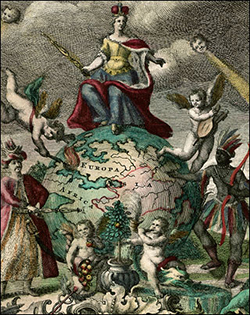 As of today 4,150 monographs published in German speaking countries as well as 190 journals from the Heidelberg University library's collection were digitized and catalogued according to national bibliography standards. The cataloguing of the monographs is done within the library network SWB, the cataloguing of the journals within the German journal database ZDB as well as the electronic journal database (EZB).

All metadata and images generated by the project will be publically available without restrictions (Open Access) not only within the library network, the VD18-portal and the German Digital Library but also internationally via the OAI network and EUROPEANA.

Requests, suggestions and criticism to