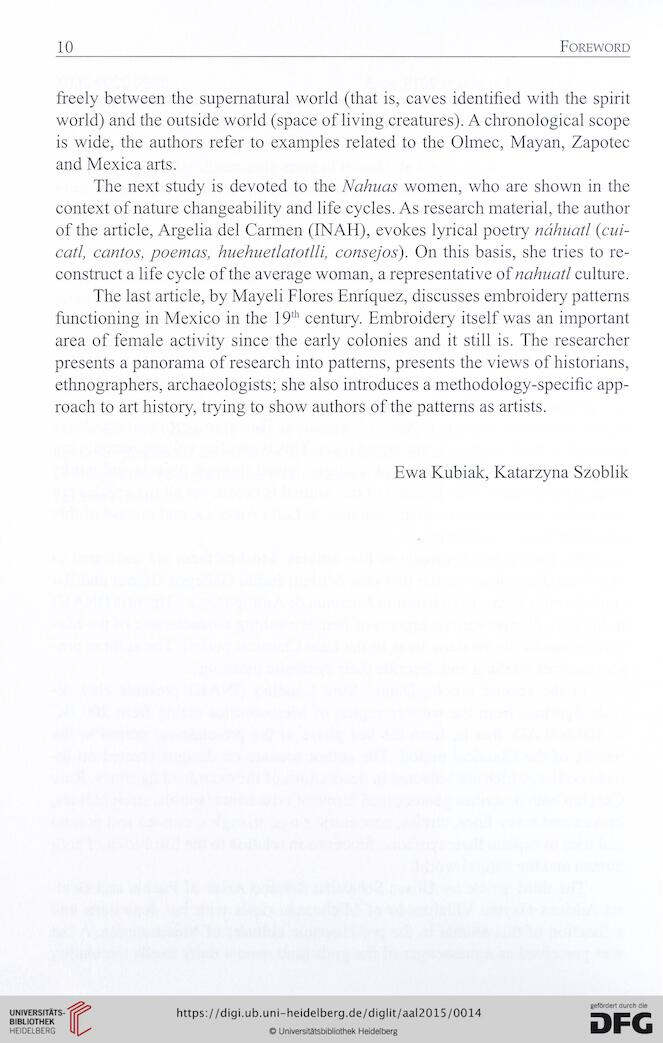 freely between the supernatural world (that is, caves identified with the spirit
world) and the outside world (space of living creatures). A chronological scope
is wide, the authors refer to examples related to the Olmec, Mayan, Zapotee
and Mexica arts.
The next study is devoted to the Nahuas women, who are shown in the
context of nature changeability and life cycles. As research material, the author
of the article, Argelia del Carmen (INAH), evokes lyrical poetry náhuatl (cui-
catl, cantos, poemas, huehuetlatotlli, consejos). On this basis, she tries to re-
construct a life cycle of the average woman, a representative of nahuatl culture.
The last article, by Mayeli Flores Enriquez, discusses embroidery patterns
functioning in Mexico in the 19th century. Embroidery itself was an important
area of female activity since the early colonies and it still is. The researcher
presents a panorama of research into patterns, presents the views of historians,
ethnographers, archaeologists; she also introduces a methodology-specific app-
roach to art history, hying to show authors of the patterns as artists.