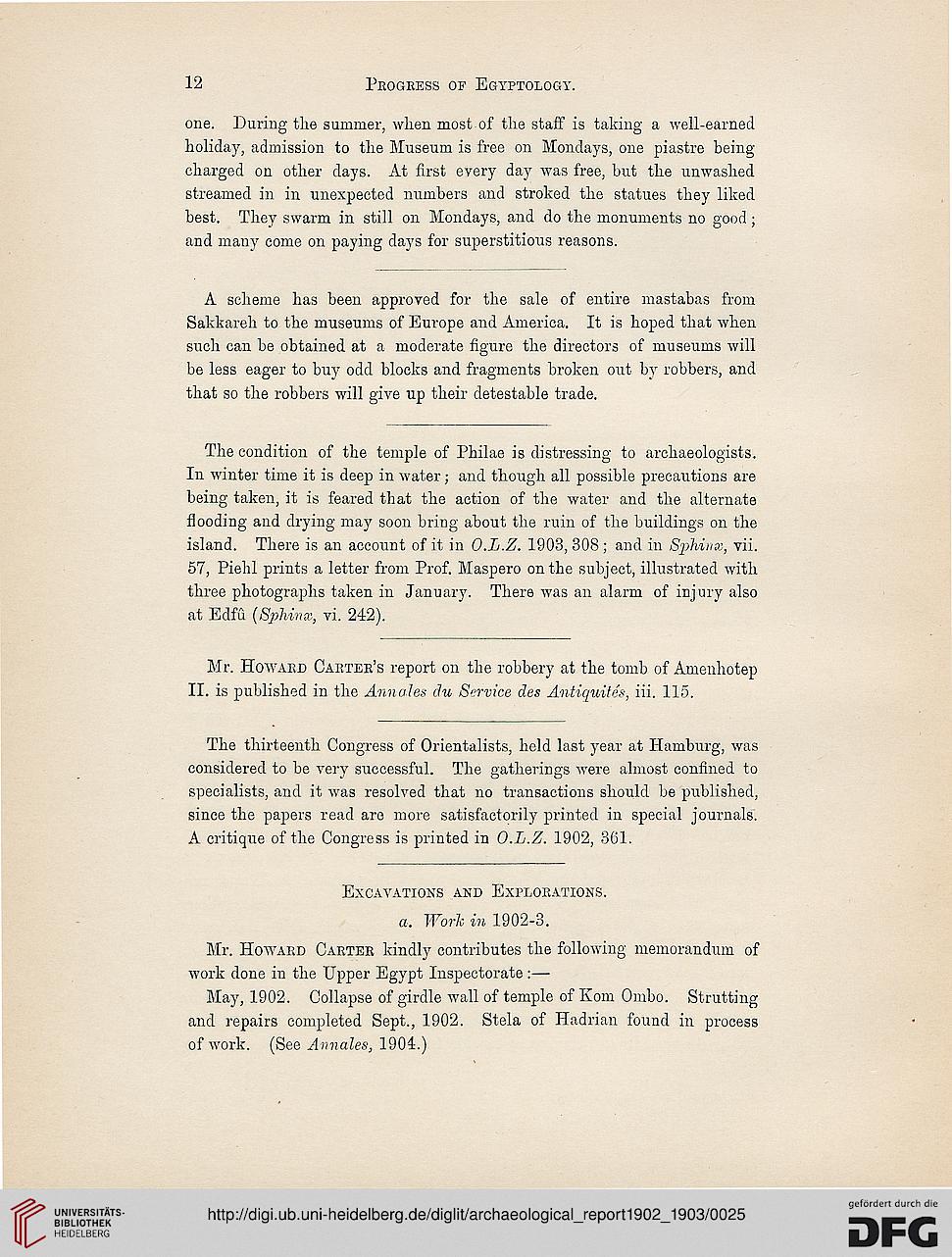 one. During the summer, when most.of the staff is taking a well-earned
holiday, admission to the Museum is free on Mondays, one piastre being
charged on other days. At first every day was free, but the unwashed
streamed in in unexpected numbers and stroked the statues they liked
best. They swarm in still on Mondays, and do the monuments no good;
and many come on paying days for superstitious reasons.

A scheme has been approved for the sale of entire mast-abas from
Sakkareh to the museums of Europe and America. It is hoped that when
such can be obtained at a moderate figure the directors of museums will
be less eager to buy odd blocks and fragments broken out by robbers, and
that so the robbers will give up their detestable trade.

The condition of the temple of Philae is distressing to archaeologists.
In winter time it is deep in water; and though all possible precautions are
being taken, it is feared that the action of the water and the alternate
flooding and drying may soon bring about the ruin of the buildings on the
island. There is an account of it in O.L.Z. 1903, 308 ; and in Sphinx, vii.
57, Piehl prints a letter from Prof. Maspero on the subject, illustrated with
three photographs taken in January. There was an alarm of injury also
at Edfu (Sphinx, vi. 242).

Mr. Howard Carter's report on the robbery at the tomb of Amenhotep
II. is published in the Annales du Service des Antiquite's, iii. 115.

The thirteenth Congress of Orientalists, held last year at Hamburg, was
considered to be very successful. The gatherings were almost confined to
specialists, and it was resolved that no transactions should be published,
since the papers read are more satisfactorily printed in special journals.
A critique of the Congress is printed in O.L.Z. 1902, 361.