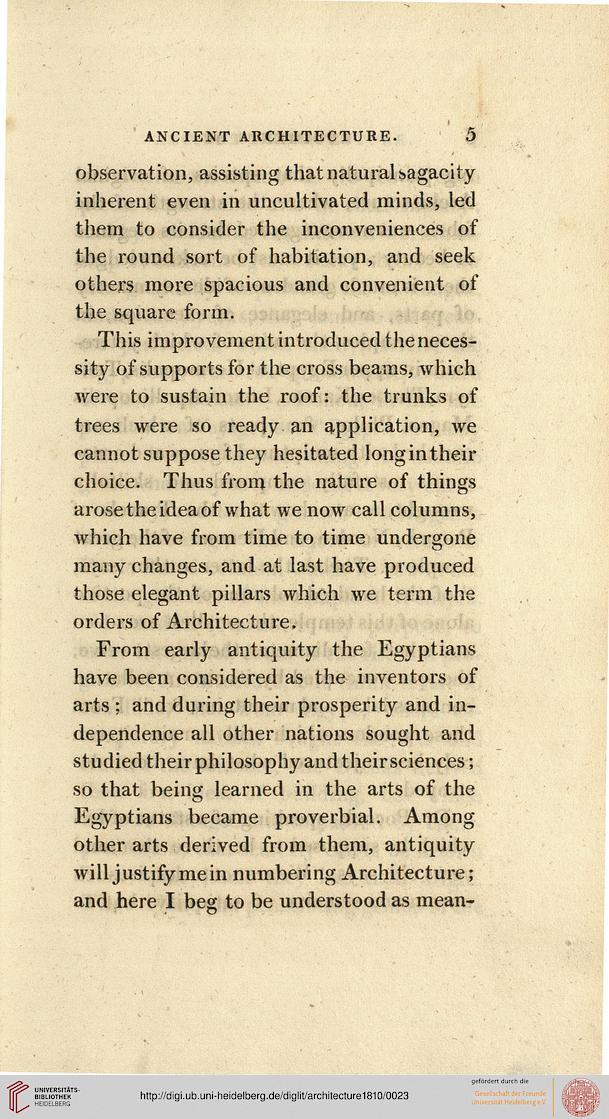 observation, assisting that natural sagacity
inherent even in uncultivated minds, led
them to consider the inconveniences of
the round sort of habitation, and seek
others more spacious and convenient of
the square form.

This improvement introduced the neces-
sity of supports for the cross beams, which
were to sustain the roof: the trunks of
trees were so ready an application, we
cannot suppose they hesitated longintheir
choice. Thus from the nature of things
arose the idea of what we now call columns,
which have from time to time undergone
many changes, and at last have produced
those elegant pillars which we term the
orders of Architecture.

From early antiquity the Egyptians
have been considered as the inventors of
arts : and during their prosperity and in-
dependence all other nations sought and
studied their philosophy and their sciences;
so that being learned in the arts of the
Egyptians became proverbial. Among
other arts derived from them, antiquity
will justify me in numbering Architecture;
and here I beg to be understood as mean-