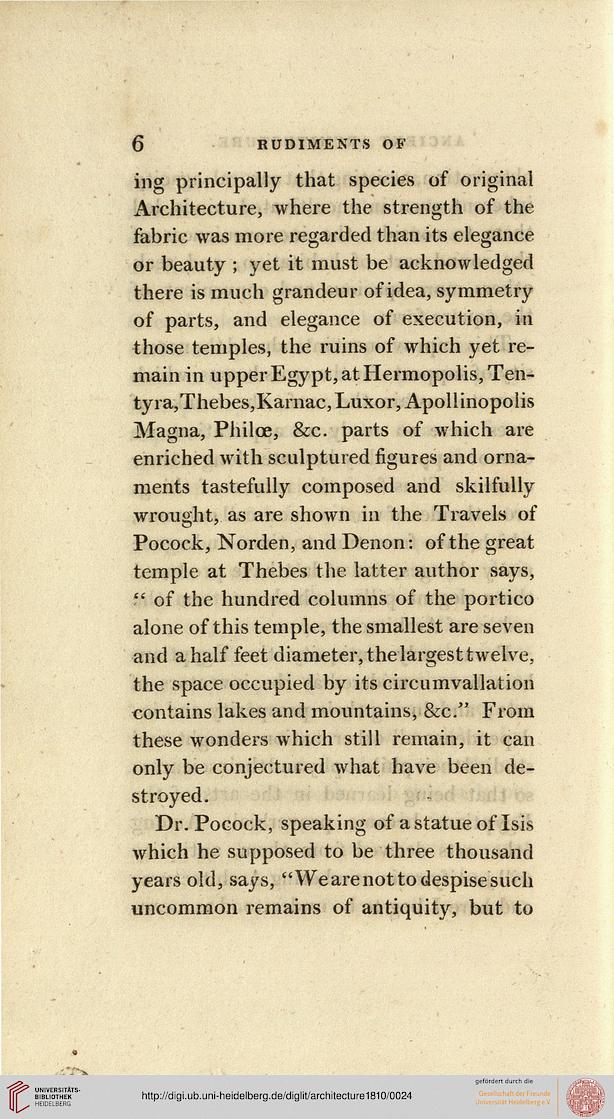 ing principally that species of original
Architecture, where the strength of the
fabric was more regarded than its elegance
or beauty ; yet it must be acknowledged
there is much grandeur of idea, symmetry
of parts, and elegance of execution, in
those temples, the ruins of which yet re-
main in upper Egypt, at Hermopolis, Ten-
tyra,Thebes,Karnac, Luxor, Apoliinopoiis
Magna, Philce, &c. parts of which are
enriched with sculptured figures and orna-
ments tastefully composed and skilfully
wrought,, as are shown in the Travels of
Pocock, Norden, and Denon: of the great
temple at Thebes the latter author says,
" of the hundred columns of the portico
alone of this temple, the smallest are seven
and a half feet diameter, the largest twelve,
the space occupied by its circumvallation
contains lakes and mountains, &c." From
these wonders which still remain, it can
only be conjectured what have been de-
stroyed, i

Dr. Pocock, speaking of a statue of Isis
which he supposed to be three thousand
years old, says, "We are not to despise such
uncommon remains of antiquity, but to