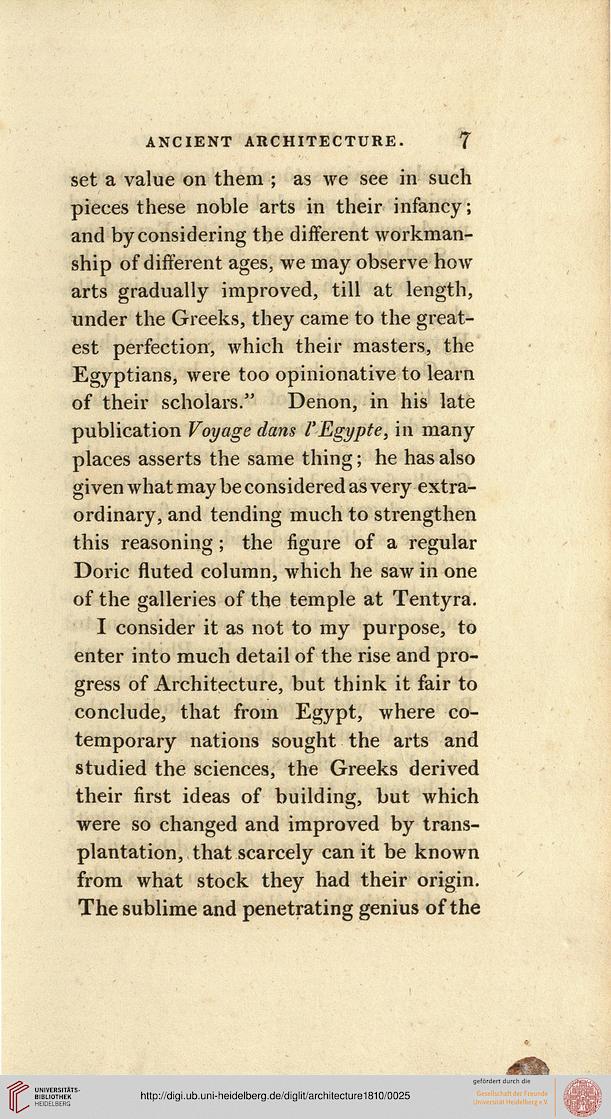 set a value on them ; as we see in such
pieces these noble arts in their infancy;
and by considering the different workman-
ship of different ages, we may observe how
arts gradually improved, till at length,
under the Greeks, they came to the great-
est perfection, which their masters, the
Egyptians, were too opinionative to learn
of their scholars." Denon, in his late
publication Voyage dans I'Egypte, in many
places asserts the same thing; he has also
given what may be considered as very extra-
ordinary, and tending much to strengthen
this reasoning ; the figure of a regular
Doric fluted column, which he saw in one
of the galleries of the temple at Tentyra.
I consider it as not to my purpose, to
enter into much detail of the rise and pro-
gress of Architecture, but think it fair to
conclude, that from Egypt, where co-
temporary nations sought the arts and
studied the sciences, the Greeks derived
their first ideas of building, but which
were so changed and improved by trans-
plantation, that scarcely can it be known
from what stock they had their origin.
The sublime and penetrating genius of the