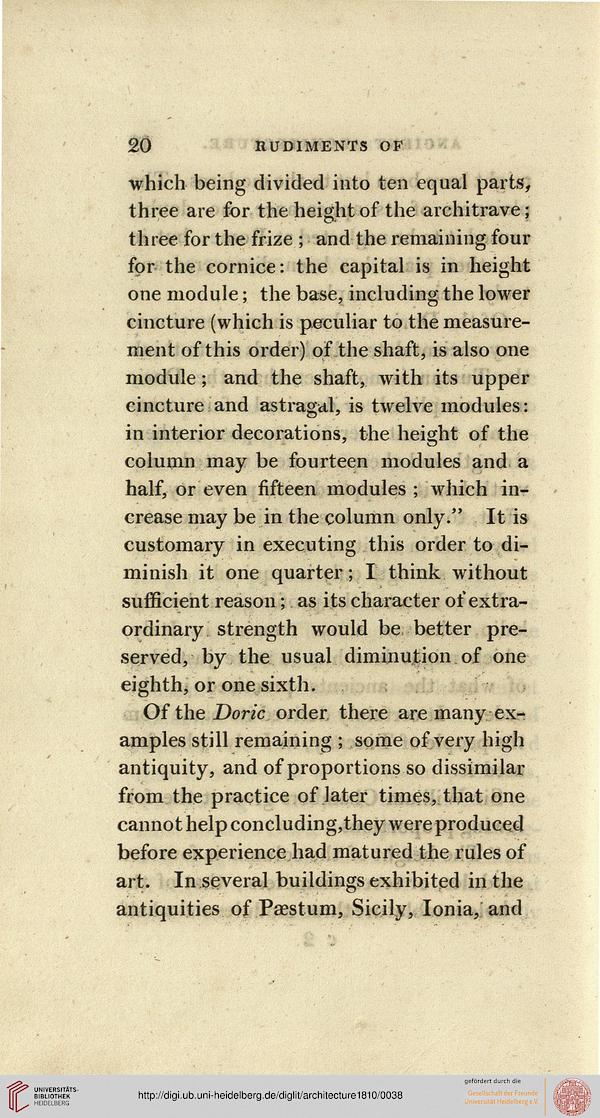 Information about OCR text
20 RUDIMENTS OF

which being divided into ten equal parts,
three are for the height of the architrave;
three for the frize ; and the remaining four
for the cornice: the capital is in height
one module; the base, including the lower
cincture (which is peculiar to the measure-
ment of this order) of the shaft, is also one
module; and the shaft, with its upper
cincture and astragal, is twelve modules:
in interior decorations, the height of the
column may be fourteen modules and a
half, or even fifteen modules ; which in-
crease may be in the column only." It is
customary in executing this order to di-
minish it one quarter; I think without
sufficient reason; as its character of extra-
ordinary strength would be better pre-
served, by the usual diminution of one
eighthj or one sixth.

Of the Doric order there are many ex-
amples still remaining ; some of very high
antiquity, and of proportions so dissimilar
from the practice of later times,,that one
cannot help concluding,they were produced
before experience had matured the rules of
art. In several buildings exhibited in the
antiquities of Psestum, Sicily, Ionia, and