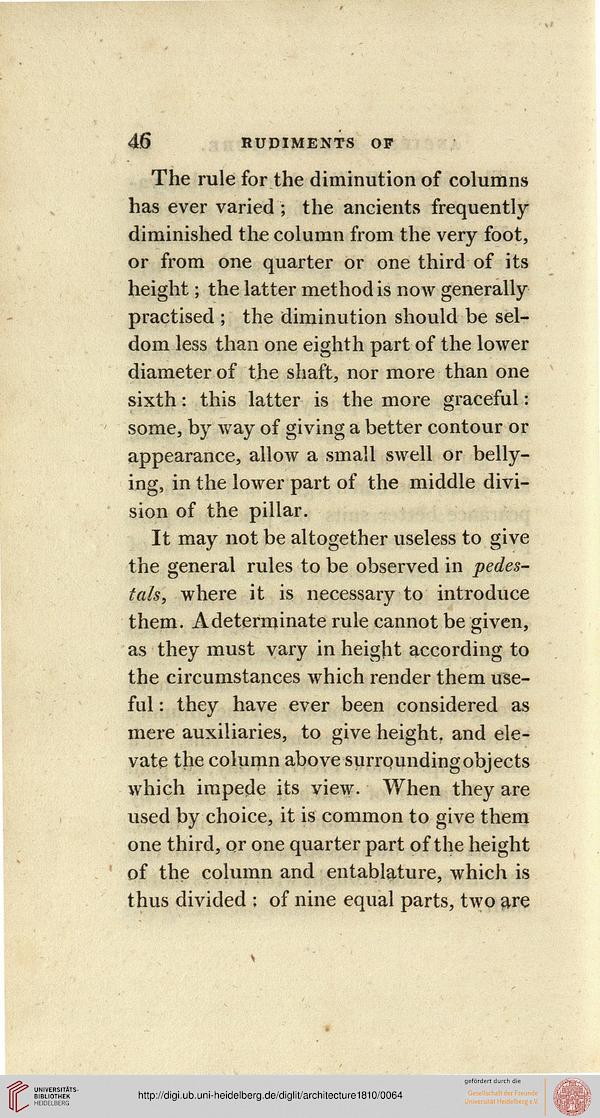 Information about OCR text
46 RUPIMENTS OF

The rule for the diminution of columns
has ever varied ; the ancients frequently-
diminished the column from the very foot,
or from one quarter or one third of its
height; the latter method is now generally
practised ; the diminution should be sel-
dom less than one eighth part of the lower
diameter of the shaft, nor more than one
sixth: this latter is the more graceful:
some, by way of giving a better contour or
appearance, allow a small swell or belly-
ing, in the lower part of the middle divi-
sion of the pillar.

It may not be altogether useless to give
the general rules to be observed in pedes-
tals, where it is necessary to introduce
them. A determinate rule cannot be given,
as they must vary in height according to
the circumstances which render them use-
ful : they have ever been considered as
mere auxiliaries, to give height, and ele-
vate the column above surrqundingobjects
which impede its view. When they are
used by choice, it is common to give them
one third, or one quarter part of the height
of the column and entablature, which is
thus divided : of nine equal parts, two are