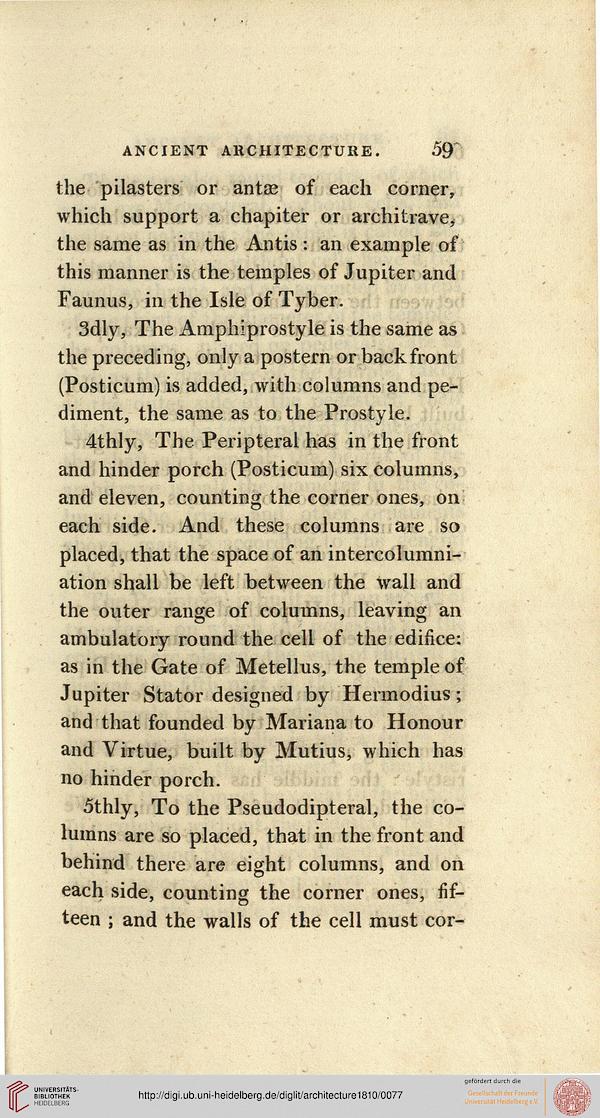 the pilasters or antse of each corner,
which support a chapiter or architrave*
the same as in the Antis: an example of
this manner is the temples of Jupiter and
Faunus, in the Isle of Tyber.

3dly, The Amphiprostyle is the same as
the preceding, only a postern or back front
(Posticum) is added, with columns and pe-
diment, the same as to the Prostyle.

4thly, The Peripteral has in the front
and hinder porch (Posticum) six columns,
and eleven, counting the corner ones, on
each side. And these columns are so
placed, that the space of an intercolumni-
ation shall be left between the wall and
the outer range of columns, leaving an
ambulatory round the cell of the edifice:
as in the Gate of Metellus, the temple of
Jupiter Stator designed by Hermodius;
and that founded by Mariana to Honour
and Virtue, built by Mutius, which has
no hinder porch.

5thly, To the Pseudodipteral, the co-
lumns are so placed, that in the front and
behind there are eight columns, and on
each side, counting the corner ones, fif-
teen ; and the walls of the cell must cor-