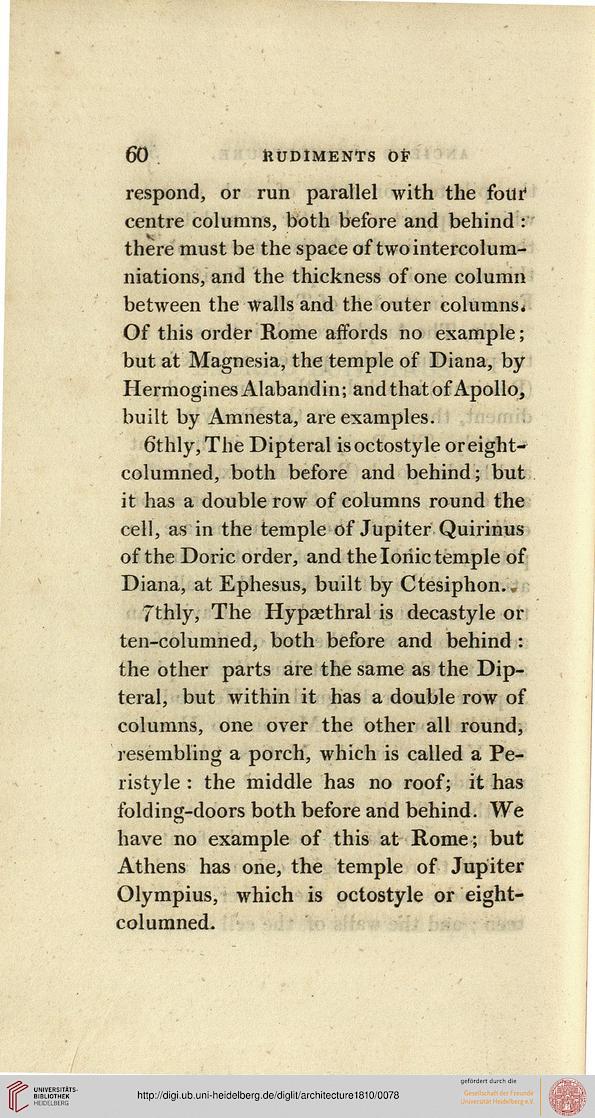 Information about OCR text
60 Rudiments of

respond, or run parallel with the four"
centre columns, both before and behind :
there must be the space of twointercolum-
niations, and the thickness of one column
between the walls and the outer columns*
Of this order Rome affords no example;
but at Magnesia, the temple of Diana, by
Hermogines Alabandin; and that of Apollo,
built by Amnesta, are examples.

6thly, The Dipteral isoctostyle or eight-
columned, both before and behind; but
it has a double row of columns round the
cell, as in the temple of Jupiter Quirinus
of the Doric order, and the Ionic temple of
Diana, at Ephesus, built by Ctesiphon.,
7thly, The Hypsethral is decastyle or
ten-columned, both before and behind :
the other parts are the same as the Dip-
teral, but within it has a double row of
columns, one over the other all round,
resembling a porch, which is called a Pe-
ristyle : the middle has no roof; it has
folding-doors both before and behind. We
have no example of this at Rome; but
Athens has one, the temple of Jupiter
Olympius, which is octostyle or eight-
columned.