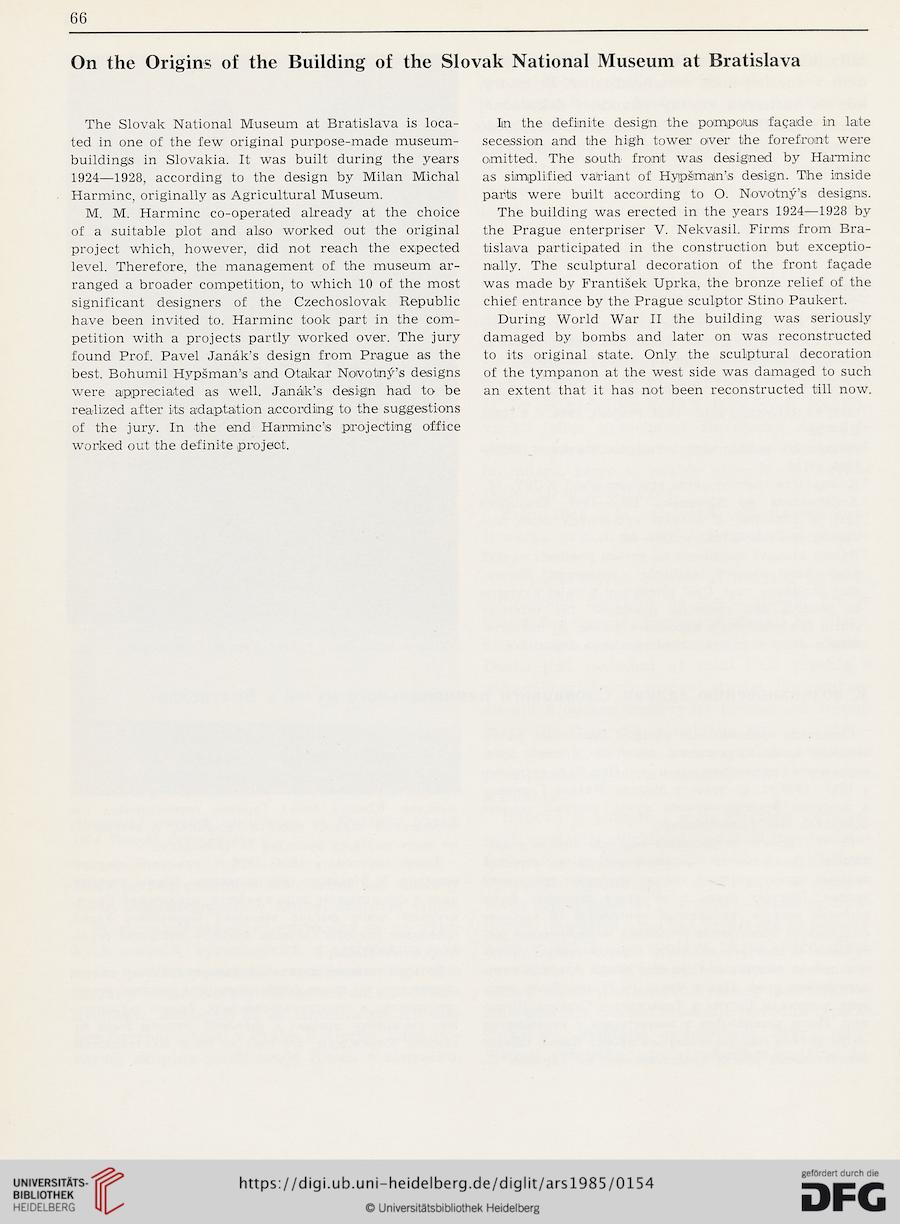 The Slovák National Museum at Bratislava is loca-
ted in one of the few original purpose-made museum-
buildings in Slovakia. It was built during the years
1924—1928, according to the design by Milan Michal
Harminc, originally as Agricultural Museum.
M. M. Harminc co-operated already at the choice
of a suitable plot and also worked out the original
project which, however, did not reach the expected
level. Therefore, the management of the museum ar-
ranged a broader compétition, to which 10 of the most
significant designers of the Czechoslovak Republic
háve been invited to. Harminc took part in the com-
pétition with a projects partly worked over. The jury
found Prof. Pavel Janâk’s design from Prague as the
best. Bohumil Hypsman’s and Otakar Novotný’« designs
were appreciated as well. Janâk’s design had to be
realized after its adaptation according to the suggestions
of the jury. In the end Harminc’s projecting office
worked out the definite project.

In the definite design the pompous façade in late
sécession and the high tower oiver the forefront were
omitted. The south front was designed by Harminc
as simplified variant of Hypsman’s design. The Inside
parts were built according to O. Novotnÿ’s designs.
The building was erected in the years 1924—1928 by
the Prague enterpriser V. Nekvasil. Firms from Bra-
tislava participated in the construction but exceptio-
nally. The sculptural décoration of the front façade
was made by František Uprka, the bronze relief of the
chief entrance by the Prague sculptor Stino Paukert.
During World War II the building was seriously
damaged by bombs and later on was reconstructed
to its original state. Only the sculptural décoration
of the tympanon at the west side was damaged to such
an extent that it has not been reconstructed till now.